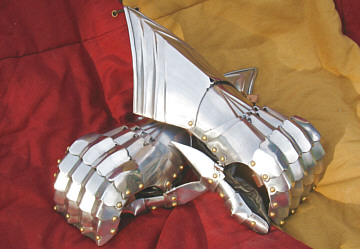 In an attempt to defend the honour of TurtleBoy’s Chase Ellison, who has recently been placed in the role of GFD’s Justin, TurtleBoy threw down the gauntlet and challenged Comicality to a duel.  In response to this, Comicality pushed TurtleBoy to the ground and ran off with the Shack Gauntlet.

Although the investigation is still in its early stages, Shack officials have stated that “Comicality has become a menace to our community and must be brought to justice…  The gauntlet is a sacred tool, used to express honour and bravery.  Comicality has broken this tradition.”  Anyone who sees Comicality is warned to approach with extreme caution.

A reward of $2.50 (U.S.) has been announced to any information leading to the capture of Comicality and the safe return of the Shack Gauntlet.  Any information on this matter can be reported to tabloid@imagine.csob.me using the word ‘Gauntlet’ in the subject header.