There’s no doubt about it…

There isn’t even a relevant discussion against it…

Halloween has ONE true anthem! Hehehe, and that is Michael Jackson’s “Thriller”! (And maybe “Monster Mash”, but not as much) I was, like, 8 or 9 years old when this came out…but I distinctly remember this song and this album in general being a ‘game changer’ for music. Sometimes, I wonder if people truly understand what this video did when it debuted for the first time. Music videos were still very ‘young’ in their presentation to the masses. The idea that it could be shown like a mini movie was absolutely UNHEARD of at the time! It was a serious WTF moment for everybody that watched it! Nobody could sing like that, dance like that…it was the coolest thing that I had ever seen on TV up to that point! And there was a whole ‘making of’ special leading up to it too. Looking at this again, it’s hard to imagine people not being totally blown away by what Michael Jackson did with this video. It’s just amazing! 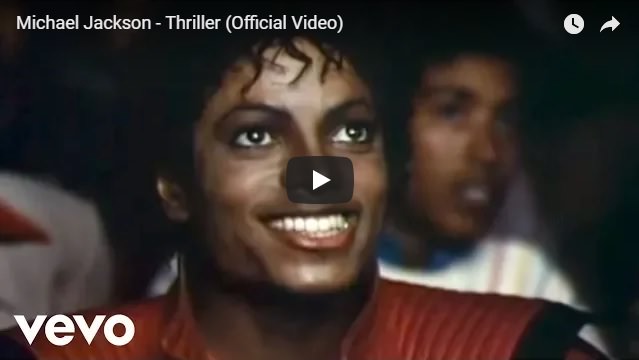 The thing is, MJ’s legacy continues to inspire and invigorate new artists to this day! One of the newest being an artist by the name of ‘General Fiyah’! I stumbled across this video by mistake, and I’m SO happy that I did! I will be keeping an eye out for this new group of artists, and I wish them well. Give ’em a look! I mean…a modern day version of the Jackson 5 from New Zealand, with a sweet reggae vibe??? Where do I sign up? I’m in!

Plus…LOOK at that kid! Hehehe, he’s got some of the deepest dimples that I’ve ever seen! LOL! He’s friggin’ ADORABLE!

So…a big R.I.P. message goes out to a one of a kind legend that none of us are ever likely to see again in our lifetimes. As much as I loved the idea of fame and celebrity since I was a little boy, I can’t say that I was ever a ‘hero worship’ kind of guy. But…Michael Jackson? I IDOLIZED Michael Jackson my entire life. And not just when I was a kid. Even when it came to writing the stories you now read from me online, I always remember thinking, “If I’m not gonna be the ‘Michael Jackson’ of this shit…then why bother?” Go hard, or go home! You know?

So his influence still lives on through me and many MANY others who strive to do something truly epic. People who want to make a difference, and connect us all in a way that’s undeniable. It crosses all boundaries, all cultures, all races, all religions, all genders and sexualities, all languages. When you hear one of MJ’s songs…you’re immediately bonded to the person standing next to you. No matter who they are. Hehehe, world peace and unity, shoved into a three minute song. How awesome is that?

I can’t imagine what it must be like to have such a global impact like he had. To generate that level of excitement. To maintain that high standard and inexplicable celebrity status for decades on end. And to have people love your work and imitate your genius, and attribute a part of their success to the sharing of your expression with the rest of the world. I think that is the pure definition of ‘immortality’ for an artist in any field. MJ’s influence will live on, even now that he’s gone. He truly crashed the system. He set the standard, and he was consistently amazing with every project that he ever put out. So…thank you, Michael.

Thank you for leaving behind a legacy that is, undisputedly, a part of every living, breathing, fan (and non-fan) on the planet. It will be generations before we see another artist of your calibre…but you give us hope when it comes to waiting for the next prodigy to come along. The next ‘chosen one’. I miss you, MJ. Thanks for being a hero to me and many others during your short time here with the rest of us.

I’m following your example. Promise! And I hope to, one day, bring just a fraction of the love and the joy that you’ve given to the world! 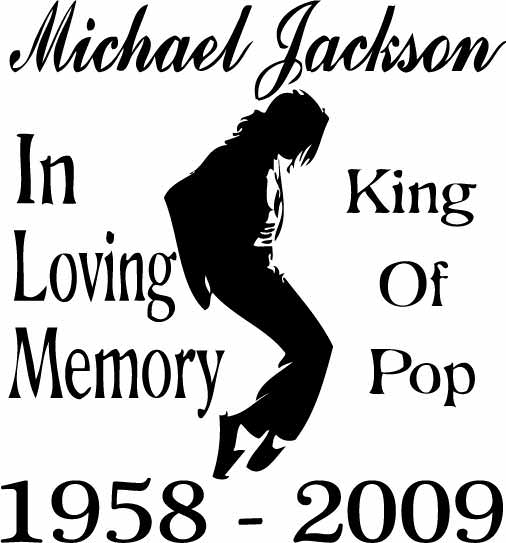