It was a few years ago when I became completely obsessed with this brand new show, on a brand new channel, and simply couldn’t turn away from it! Extremely dark in it’s theme, tone, and history, WGN America presented the series, “Salem”, to the world! And I was hooked by the end of the second episode! If you haven’t seen it, I highly recommend giving it a look! It’s only three seasons long, from beginning to end, and I have to say that I loved every wicked moment of it!

Also, if you’re planning on watching this show and want to go in blind, let me put up a slight ‘spoiler warning’, as there may be a few surprises in this article that you may want to experience within the context of the show itself, and not me just rambling on about something that I truly love! LOL!

“Salem” is a period piece that takes place back during an early time in America where religious puritans were terrified of witches and demons and were hellbent on torturing people who they saw as being blasphemous or out of line with their religious beliefs. (No! I’m not talking about last WEEK! I’m talking over a century ago! Things have changed and people have evolved since then! Right? I mean…I mean…right? :/) Any, in this show, witches are real! Their magic is real! And their intentions are about as evil as anyone has ever imagined.

What I loved o much about the first season was the fact that the witches were all in hiding. They walked among the common folk and practiced their darkest deeds in the cover of night. It was an intricate chess game, where the witches used the public hysteria and the harsh methods of the church against the townspeople, making accusations against anyone who may expose them or do them harm. The show is AMAZING! You’ve got to see the way they play against one another! So dark! So COOL!

However…it was the very end of Season One, and the beginning of Season Two, that really put this show on another level for me! Hehehe!

(This is where the light spoilers come in. So turn away if you must!)

At the end of Season One, our main witch, Mary Sibley, finds out that a child that she had once thought had been sacrificed to the devil himself in order for her to have the powers she possesses…is still alive! He is her son, and he has been raised by witches all these years in secret! And thus…’Boy Witch’ became a big part of Season Two!

When this first teaser was released…I was SO excited! Because as sweet and as innocent as this boy appeared…he was the pure definition of EVIL! Seriously! He was destined to make Damien from “The Omen” look like a Boy Scout in comparison! After watching this, there was no WAY that I was going to miss Season Two of one of my new favorite shows!!!

Played superbly by young actor, Oliver Bell, ‘Little John’ (aka The Dark Lord) spent most of the second season struggling with his humanity. Standing by his mother and searching for his father, all while attempting to understand the evil thoughts within him. Things begin to escalate as the series moves forward, and it isn’t hard for the other witches to see that something is not quite right with this child. And eventually…he falls, and his soul goes to the dark side. The dark lord takes over, and the boy is forever lost. And that’s when things get out of control. By the end of the second season of “Salem”…this kid turns into an absolute BASTARD! LOL! If you think Joffrey from “Game Of Thrones” was insufferable…you haven’t seen anything yet!

But hey, Oliver played the hell out of that role as a young actor! And I enjoyed every minute of it! In some online circles, he was voted one of the BEST TV villains of the year. And…I can’t help but to agree! Even when he was being super sweet and adorable…he’d turn it around, mid-scene, and say something friggin’ CREEPY as hell! And then you’re reminded…”Oh! Right! Spawn of Satan! I forgot!” Awesome job, Oliver! He was so captivating every step of the way! You HAVE to see this show!

Hehehe, but even though he was about as menacing and sinister as one little boy could be on a dark TV show like “Salem”…you almost kind of forgive the kid! It’s like, WHAT? Look at him! He’s like a puppy! He just wants to murder people, drink blood, bring an end to all of humanity, and have sex with his mother! Leave him alone! You’re mean! LOL!

Oliver Bell as an actor, however, seems like a real sweetheart. A definite departure from some of the roles that he’s played on the small screen. Born in Boca Raton, Florida, this now 14-year-old performer is keeping his skills sharp and working towards finding his next big role. From what I’ve seen so far, he’s certain to become one of those young actors to watch for in the near future. I think he easily belongs in the same category as the Jacob Tremblays, Noah Jupes, and ‘Stranger Things’ cast, when it comes to the most promising young actors being introduced today. So, GO FOR IT, dude! 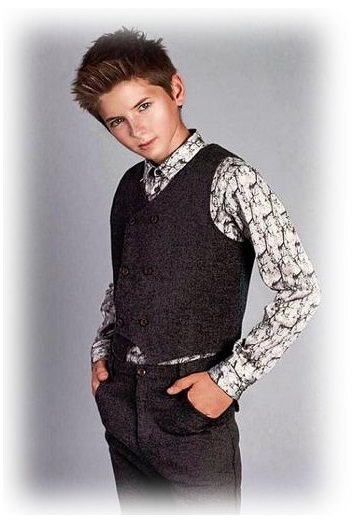 When asked when and why he decided to pursue an acting career, Oliver told interviewers, “It was really when I was getting picked on in school, and it affected my confidence. My mum took me to an acting coach, as she felt it would help. It did, and I realized, straight away, that I loved acting.” Lucky for us, and not for the bullies. I guess it sucks to be them right now.

Funny thing…while Oliver’s family comes from British and Scottish descent, he has never lived in England. Which, you might find strange, considering the fact that he clearly has a British accent. Something that he developed while trying to be more like his father, even though he admits to having more of an American accent when he was much younger. I’m not exactly sure how that works, hehehe, but he had me fooled. So if he can do both, great. More acting roles for you!

Idolizing his dad isn’t just a family ritual either. Oliver’s father is, believe it or not, a champion racecar driver! Justin Bell, after having a massively successful career in the 90’s, racing for such manufacturers such as Saab, Peugeot, Porche, Dodge, and GM…eventually transitioned into being a commentator and hosting automotive shows overseas. Not only that, but his father was ALSO a champion racecar driver! Derek Bell, a five-time winner of LeMans, and a legend in his own right! So, yeah…young Oliver has a lot to be proud of! It looks like he plans to make a splash in his own way, and the family name carries on.

The hard working teen did enjoy filming “Salem”, as well as enjoying another, somewhat creepy role on the new hit series, “Westworld”, with veteran actor Anthony Hopkins, and a stellar cast of others. Still being battered with homework and chores like any other teenager, Oliver says, “It’s hard sometimes when you have school, lines to learn and you are filming, but, if you love what you are doing, you make it work.” Agreed!

And by the way…if you can share a screen with Sir Anthony Hopkins and hold your own…that’s saying something!

Here are a few of his scenes from “Westworld”, where he plays a highly intelligent android boy…

So, I, personally, have high hopes for Oliver Bell as an actor, and I hope to see more of him in the future. He’s talented enough to be one to remember in the years to come. Although, he did express interest in possibly becoming a Herpetologist one day. Meaning…a love and study of reptiles and amphibians. He even mentioned that he enjoyed catching a lot of SNAKES just off set while filming “Salem”! What the…? He got me AGAIN!

Started off all sweet and innocent…and then you turned creepy on me! LOL! When will I ever learn? ::Shakes Head:: 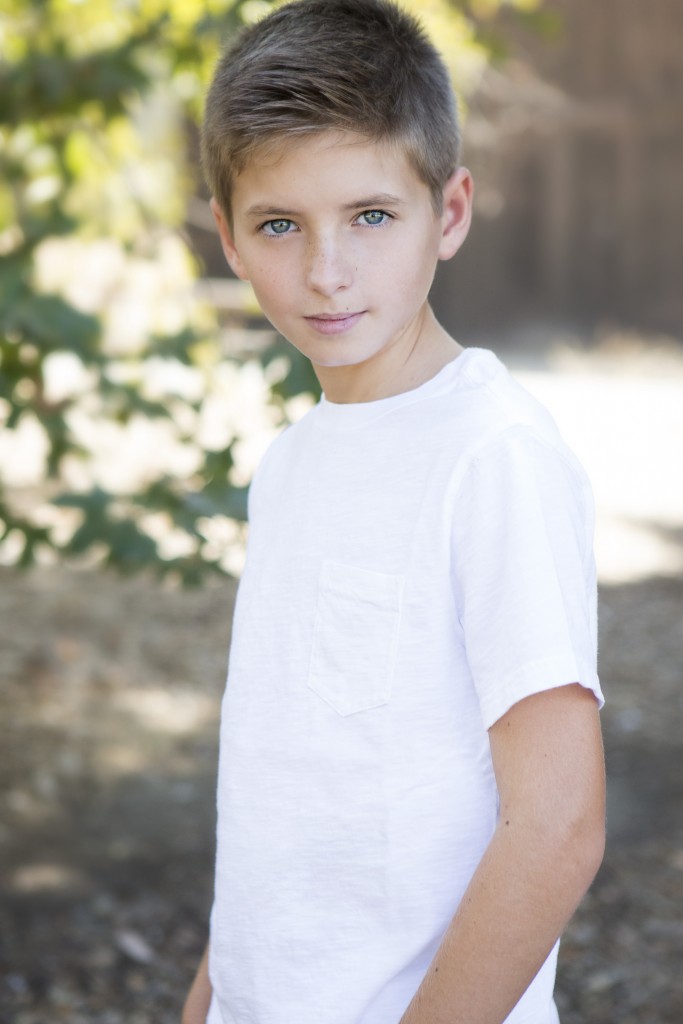 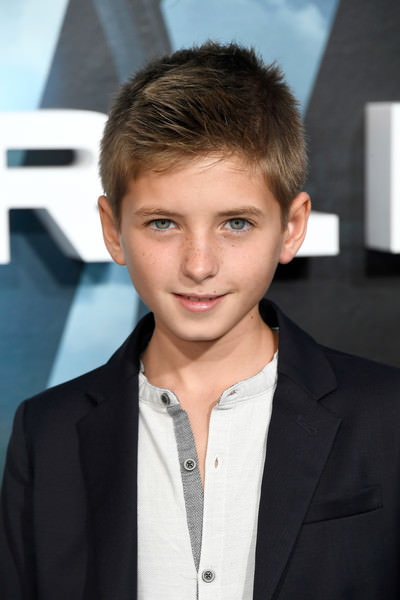 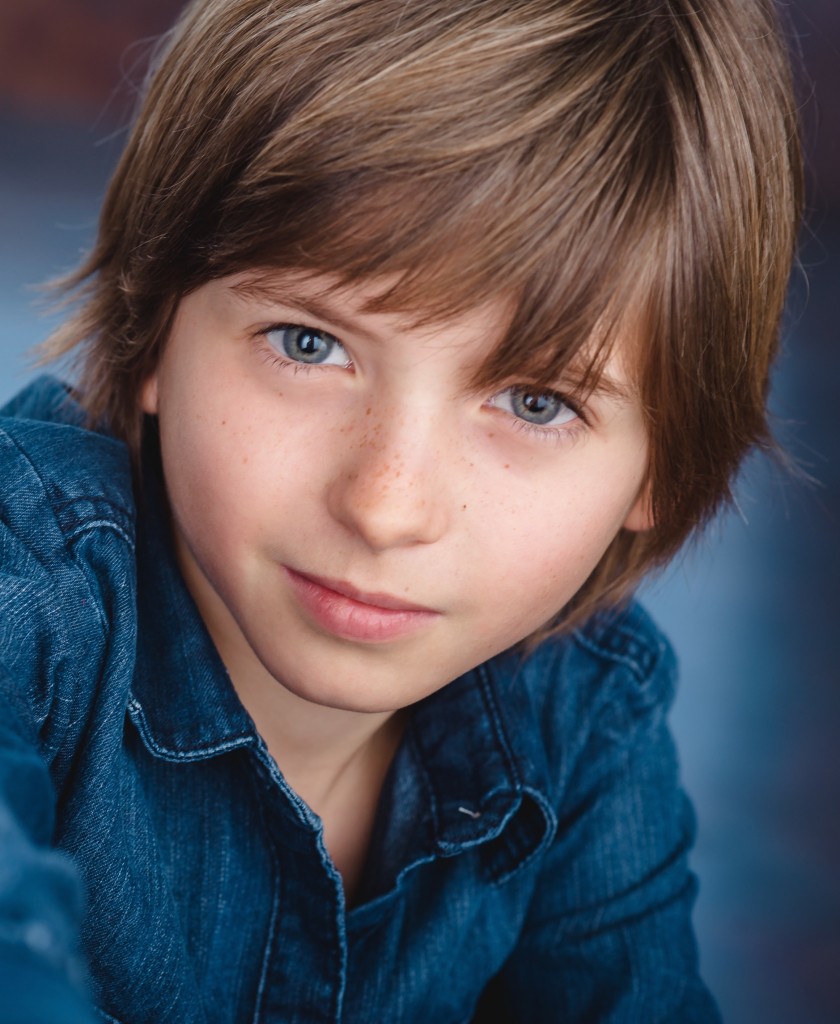 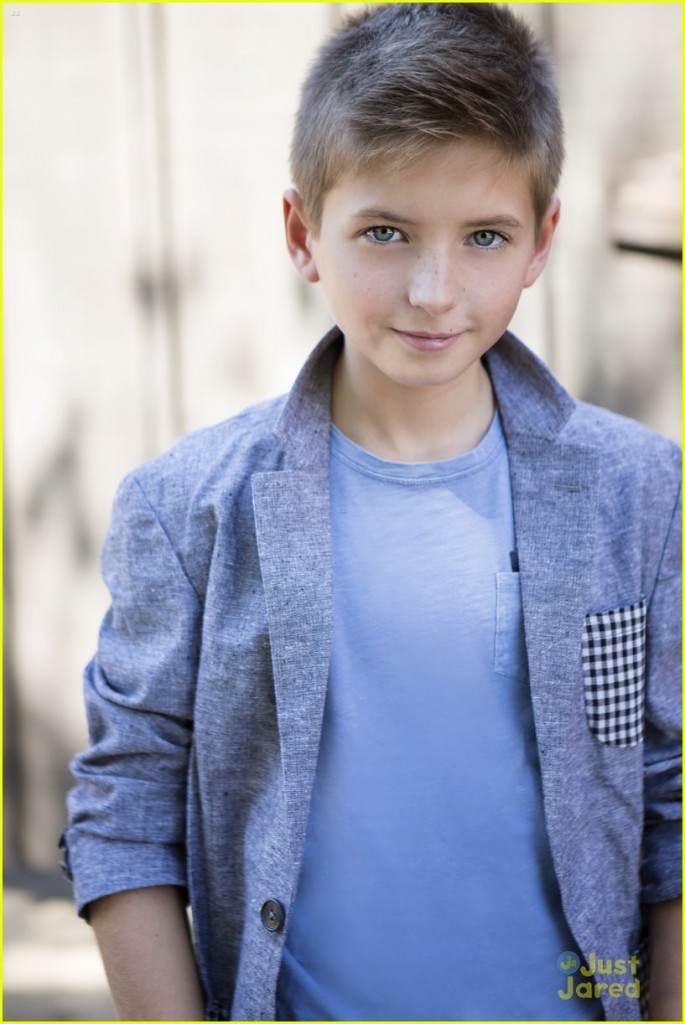 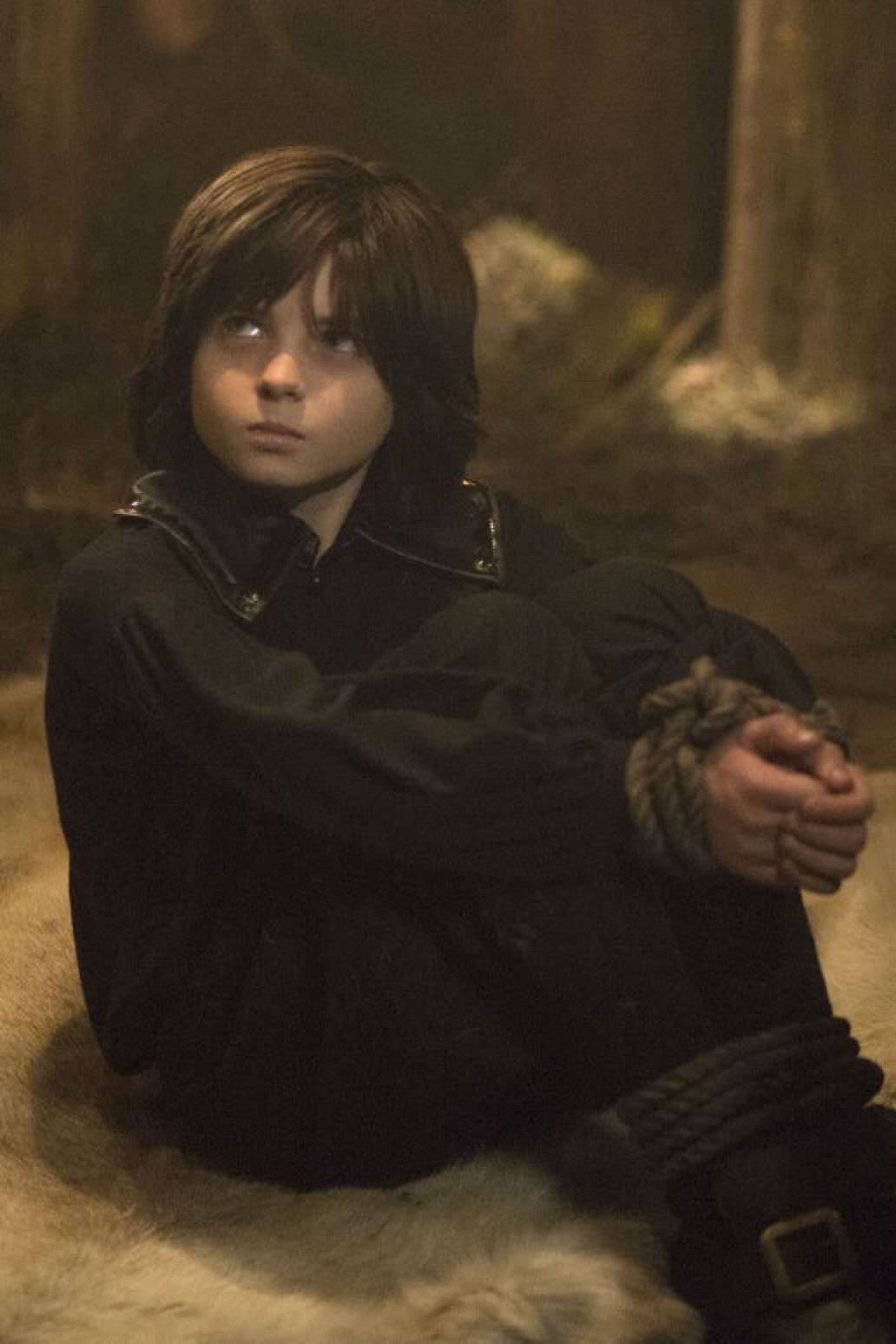 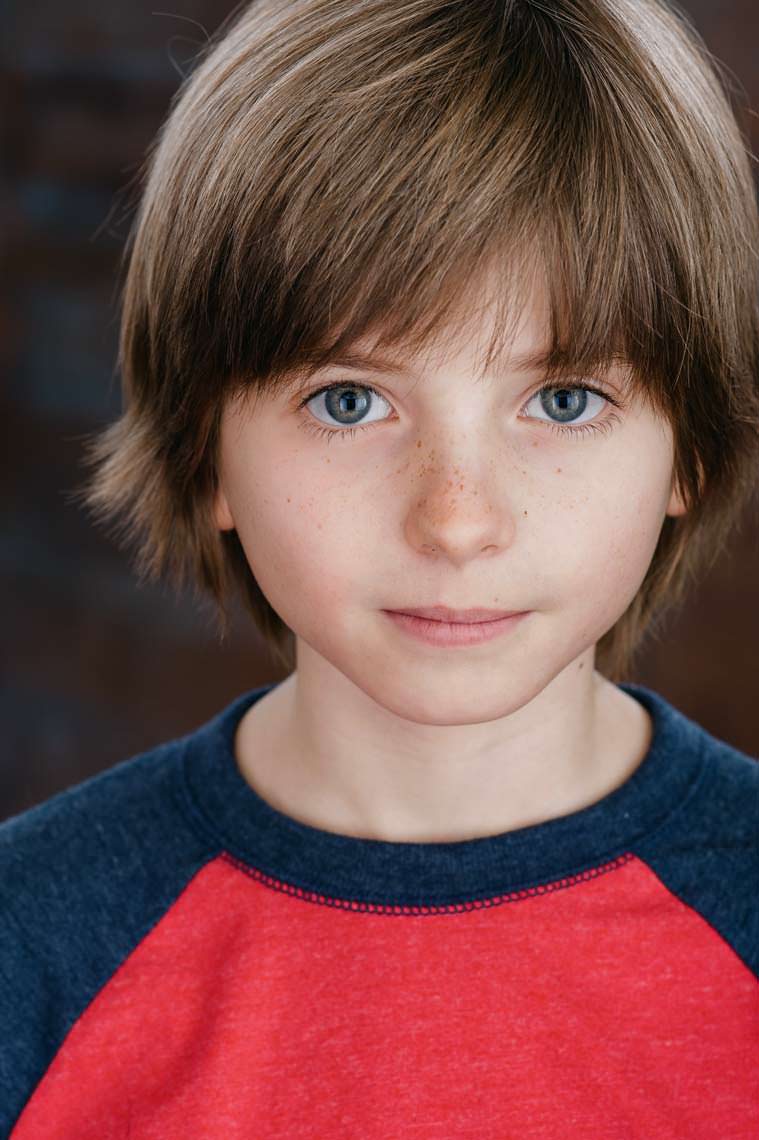 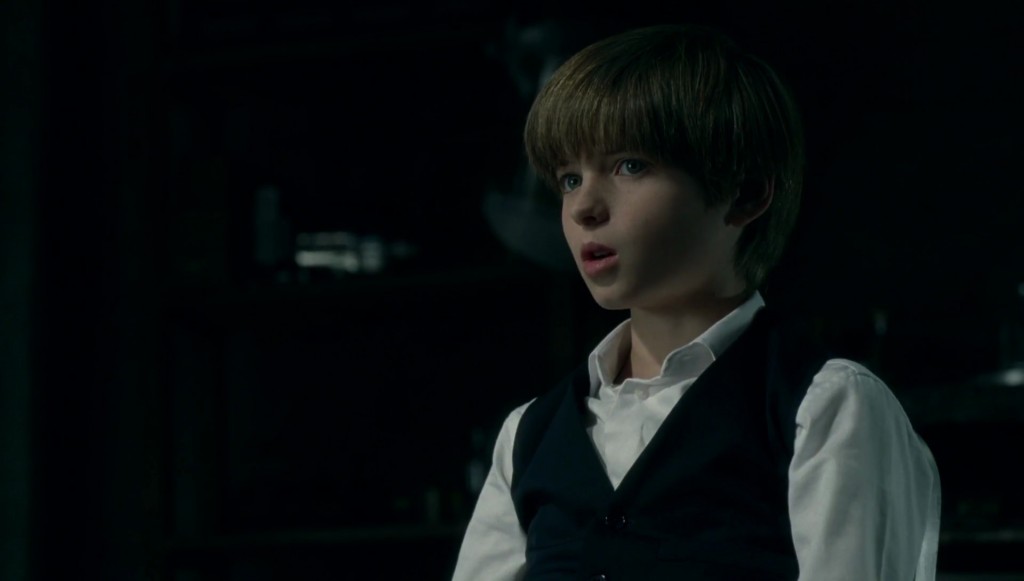 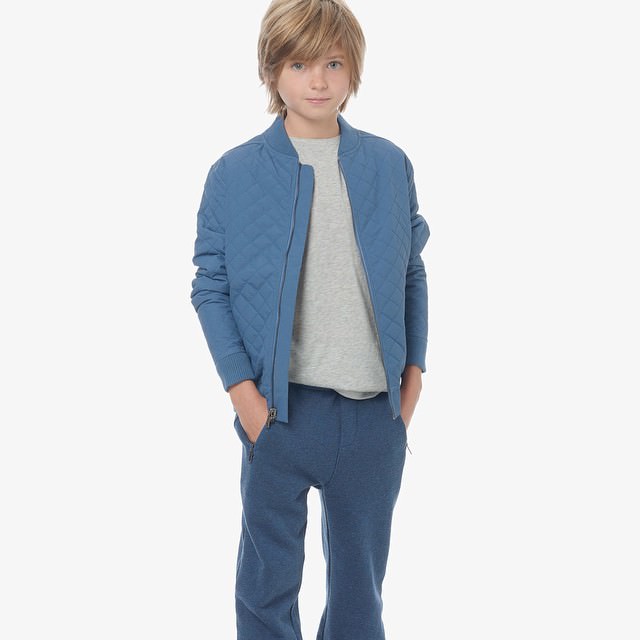 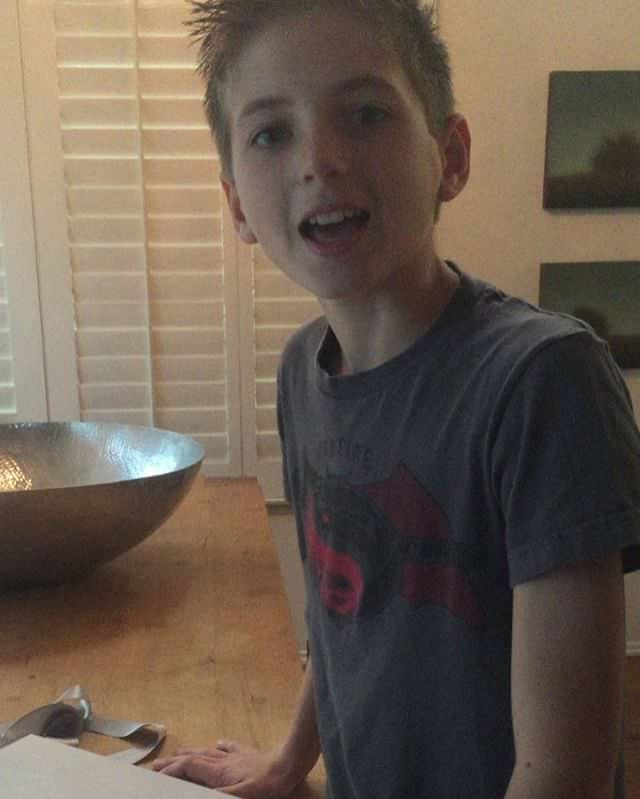 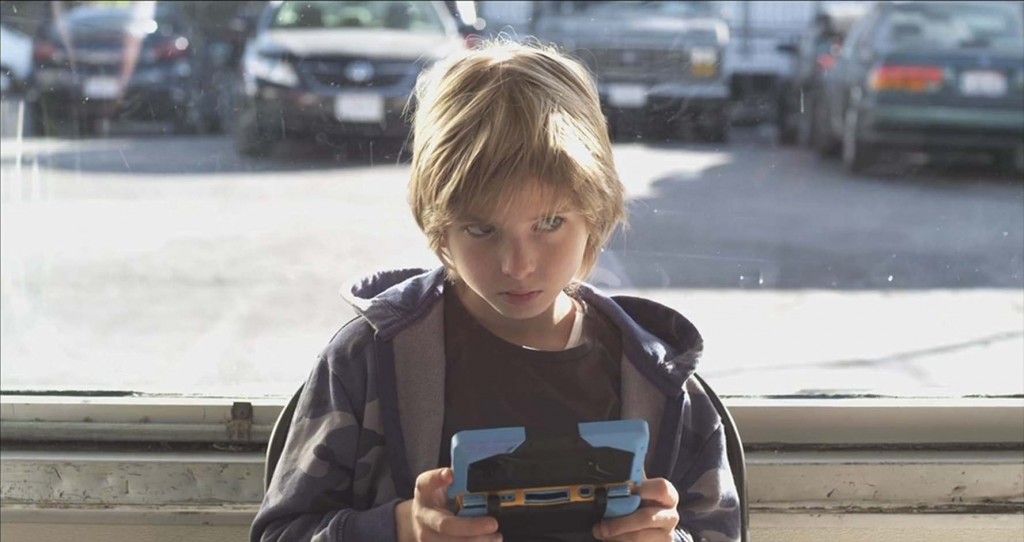 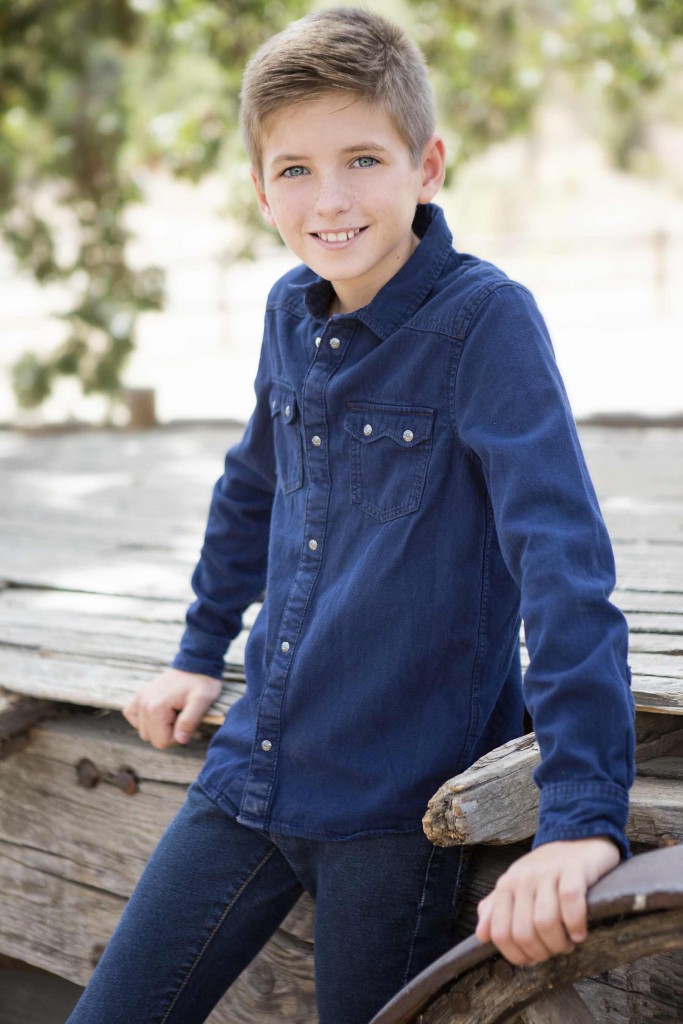 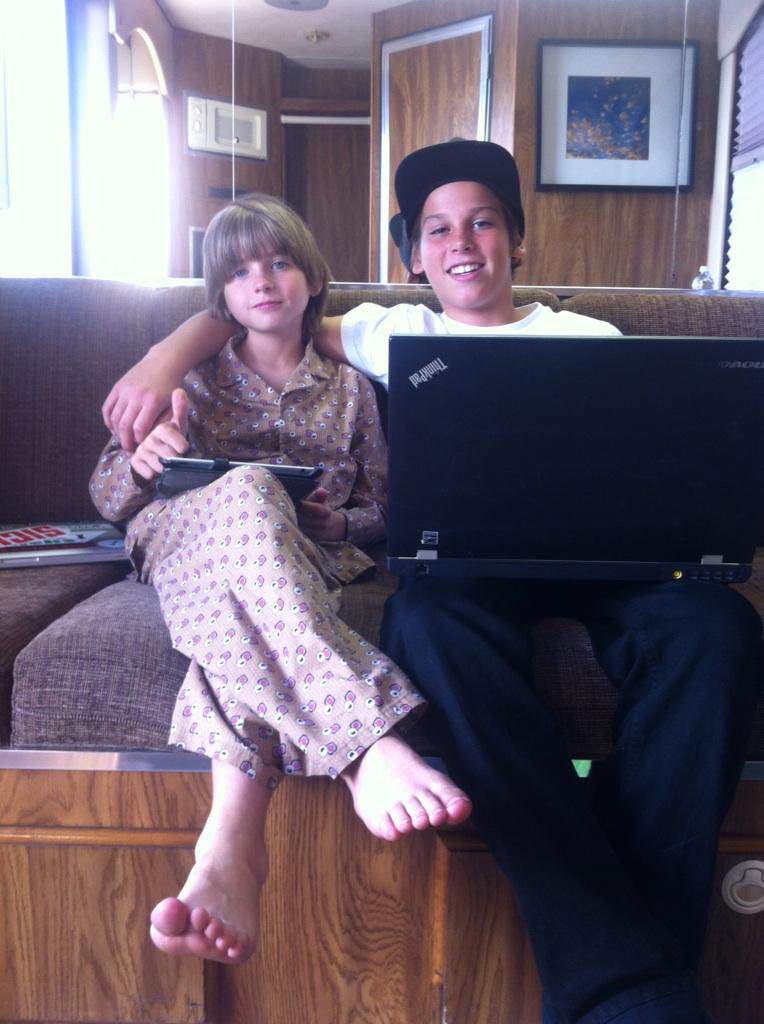 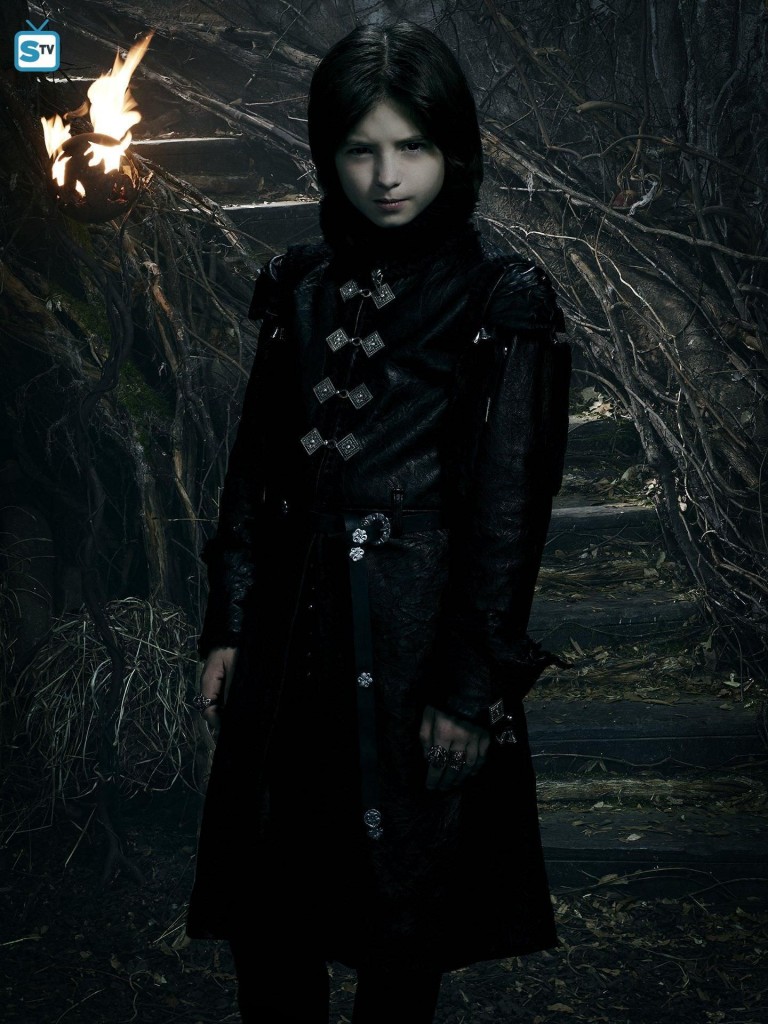 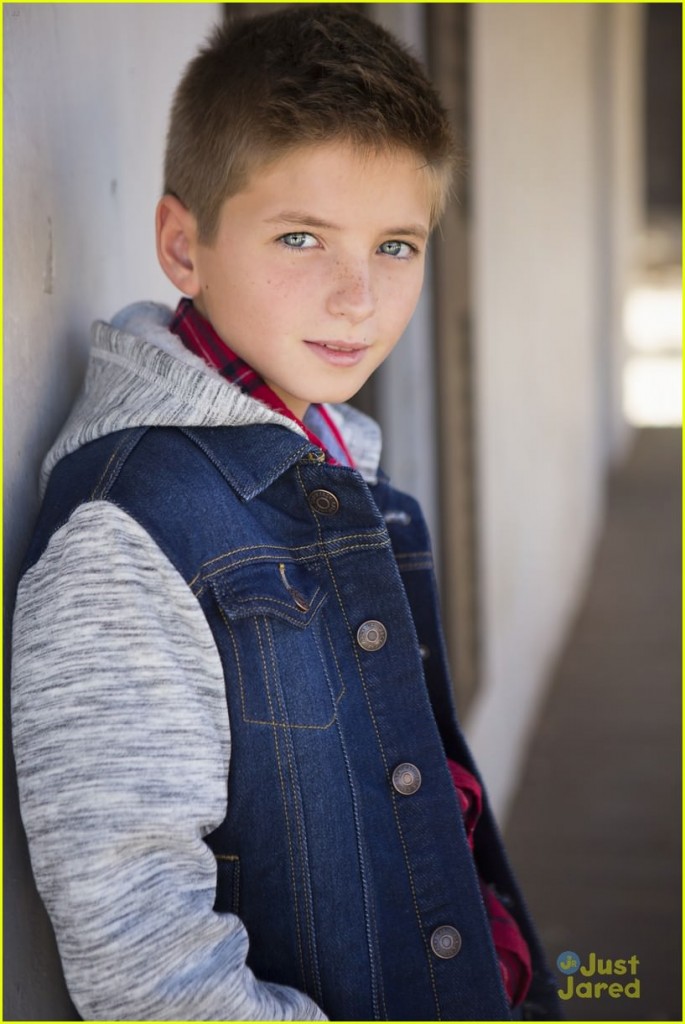 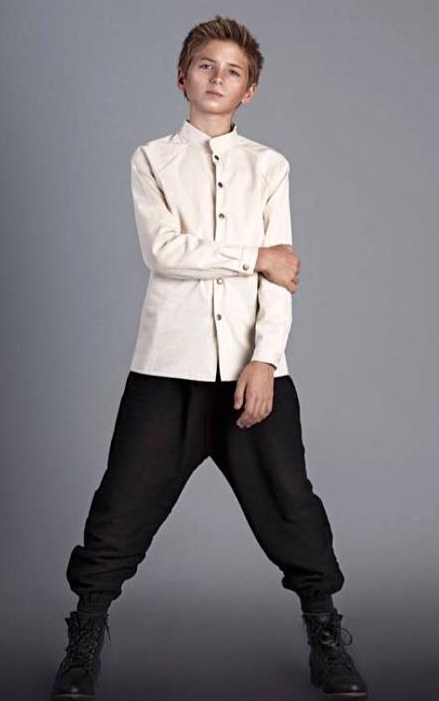 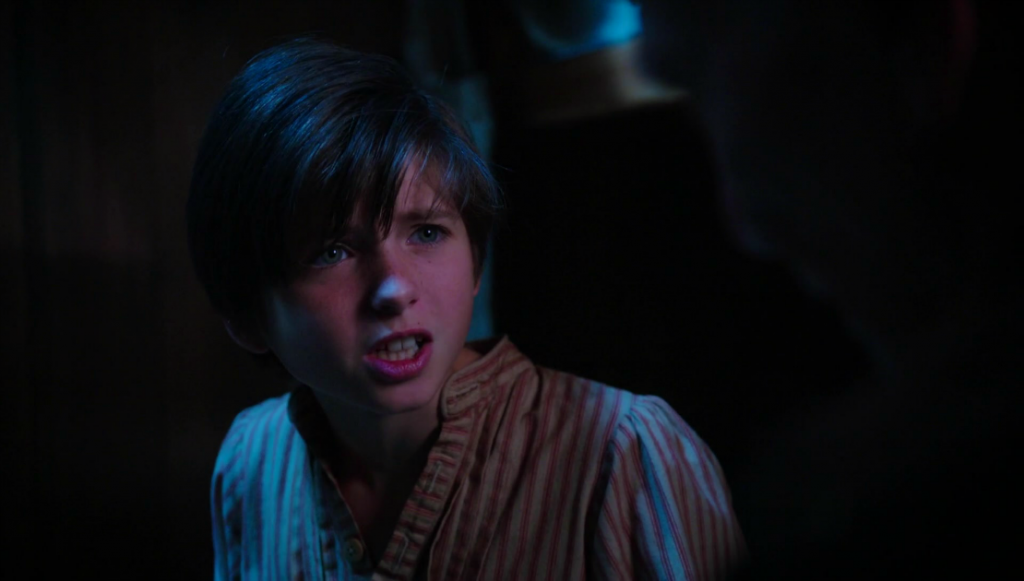 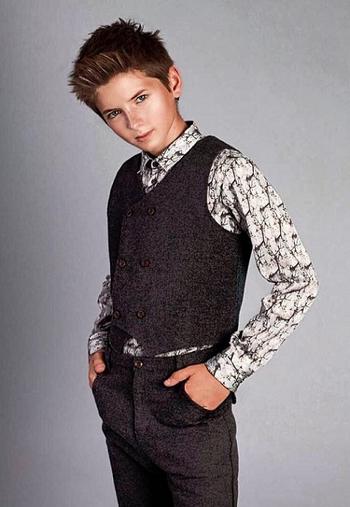 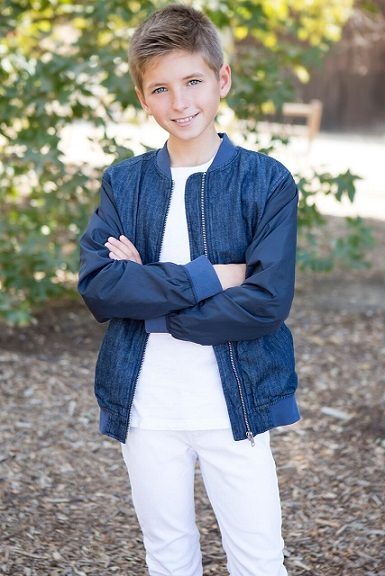 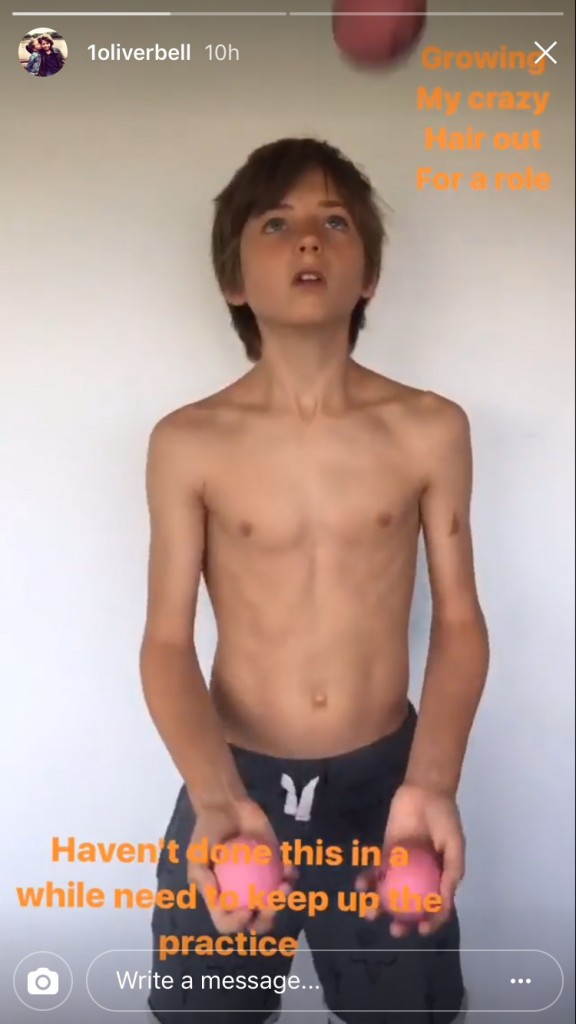 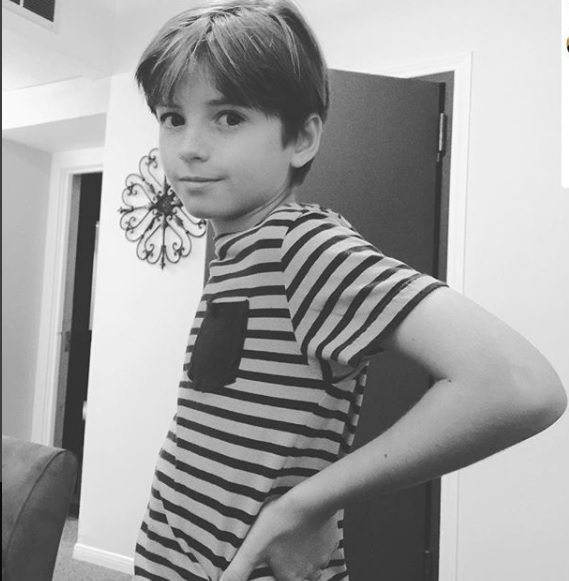