I can remember it being a weird feeling, growing up. Because, truth be told, I got crushes on girls all the time. They made me nervous, made me giggle, and I wanted to do nice things for them…hug them…kiss them. And I always felt that those feelings were ‘normal’. That’s how all of my friends were doing things, anyway.

But…at the same time, I was noticing boys too. Sure, it starts out with, “I really want to be his ‘friend’, because he seems so cool.” But it doesn’t stay that way, does it? Soon I start thinking about him more and more, and wanting his attention, and getting jealous when he’s around girls…it took some time, but I had to realize that it was a hardcore crush, and it wasn’t going away. And, BOY, did I have a lot of crushes! Hahaha! The term ‘boy crazy’ doesn’t even properly define the kind of obsession I had with boys by the time I entered Junior High! It was insane.

However…I also remember feeling alone. So very alone. Because this just wasn’t the way things were suppose to go. It’s not like it was 100 years ago or anything, but…it was nowhere near the way it is today. There were no ‘coming out’ videos, no openly gay characters on TV, no gay movies (unless it was porn)…I can still remember trying to figure out what was wrong with me. Trying to understand why it felt so GOOD, and yet felt so wrong at the same time.

It was quite a struggle, finding a way to accept myself for who I was. And even then, it had to be kept secret from the rest of the world. It hurt. It hurt a lot.

I was 23 years old when I began writing gay teen themed stories online, and that was my first experience with actually being honest about my feelings. Feelings that I had been bottling up for half of my life at that point. And the response was massive! But what really made me happy was hearing from other teenagers who were currently in the same position that I was in when I was their age. They now had an outlet. An explanation. A helpful guide to identify with and have their questions answered and their curiosities addressed in a mature and non-condescending manner. More than that, I was getting emails from them, letting me know that they didn’t feel so alone anymore. And that, I think, was the best gift that I ever could have gotten from them. It’s almost like getting the chance to go back in time and correcting the course for my own adolescence, and being able to do some good for the teens who come after me.

It was something that I wanted to keep going, and I found a few gay teen short films online that I would often find touching and nostalgic, and whenever I talked to someone who was going through something similar, I would share that video with them. Something that would, hopefully, give them some perspective on their current situation and help them through a tough time. Not to mention the fact that giving them extremely cute boys their age to gawk at in the process would make it easy to keep their attention! Hehehe! But, as I found more and more great films on YouTube, I had to start writing the names down. Then I tried downloading them all so I could keep them and watch them later. But there are sooooo many! GREAT stories, featuring gay teens and young adults, truly putting the ‘real’ LGBT experience out there for others to gravitate to. Short films with meaning, depth, humor, emotion, and eroticism. This was like discovering an entire island’s worth of buried treasures that I had never seen before. So naturally…my first instinct was to share it with the people I care about.

So, when I first opened up the ComicalityShack Youtube channel…one of the FIRST orders of business was setting up an extensive playlist to point everyone in the direction of these incredible mini-movies and telling them to leave ‘likes’ and ‘comments’ so we could guarantee more genius like this in the future! And that’s how the ‘Gay Like Me’ section came to be. 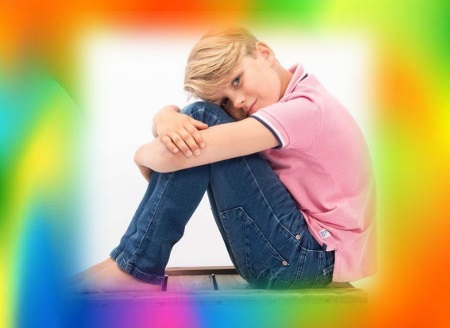 Let’s be honest…people don’t just wake up on their 30th birthday and find out that they’re gay. There are a lot of gay teens, some much younger than you may think, who are truly struggling through an identity crisis right now. They feel shame, anger, depression, hopelessness…and they’re looking for answers just like we all were when we were in their place. Why turn them away? Why not help them get a shot at the chances that we didn’t have growing up, you know? This can be talked about now. People can find support instead of letting this confusion eat them alive. I wanted to help.

I wanted to be careful with the content of the films I added to the site, and I certainly didn’t want to expose anybody to porn if I could help it…but when I find a film that inspires romance, or strength of character, or just makes me smile and giggle because it’s so damn cute…I add it to the channel, and I let the mailing list know that a new one is available for their enjoyment. Some of these flicks are just adorable! And they fill you up with the warm fuzzies every time you watch them! I never get enough of them. They’re coming-of-age stories, just like any other…but the gay perspective really connects me to what is going on. It’s like, “Omigod! I remember doing that or feeling like that too!” They’re Comsie stories brought to life. So satisfying! I was adding new films to the list every Wednesday night for a while…and I hope to get back to that soon!

The ‘Gay Like Me’ playlist is meant to appeal to all of us who had questions while we were learning to be the people we are today. For the older Shackers, it’s a flashback to a time when the world was still brand new, and emotions were overpowering us more often than not. For younger Shackers, it’s a reflection of what they’re going through, and a signal to let them know that they’re understood…and that they’re not alone. They never were. I HAD to make it a part of what I wanted to do with the site and all of the many extensions that came along with it. I think it was a good decision.

Many teens that I’ve talked to at length might tell you that I’m known for sharing some of these short films with them when they’re feeling low, when they’re home sick from school, and sometimes when they’re grounded. Hehehe! Been there, done that. Being grounded sucks. Here are cute gay boys to keep you busy. 😛

Some of those short films that are on the ‘Gay Like Me’ playlist are posted below! Check em out!

So…whenever you’ve got the time, and want to indulge in a few hours of well made, well directed, well acted, gay films…stop by the ComicalityShack Youtube channel and have a blast! They’re there for your enjoyment! And hit that ‘like’ button and support the talented people that put these films together!

Unfortunately, these short films move around a LOT on Youtube! Here one day, gone tomorrow. I’ll do my best to update the links as often as I can, but they vanish from one place only to pop up somewhere else a week or two later. They’re really GOOD though! Some of my all time favorites! But there are over 100 more on the GLM playlist! So drop by some time, subscribe, and get your fill of ‘feel good’ vibes!

It’s a shared experience…what we experience as gay youths. These films help to remind us that we’re not so different from one another. And that we don’t have to be depressed and confused all the time, searching for answers that no one is willing to give to us. There are people out there who feel like you feel. People who understand.

Take comfort in that. Always.