A few years ago, ESPN’s SportsChannel did a very special piece on a young, highly talented, LaCrosse player from Philadelphia. Only 12 years old at the time, this brave 6th grader told the story of how he was one of the major players on his Lacrosse team at school…he had been hearing a variety of random slurs from other people that he considered friends of his…and decided to tell them the truth about who he is.

Now, let me tell you…the thought of coming out in such a spontaneous and almost casual way at that age for me, personally, seemed APOCALYPTIC in nature! Honestly…there is no WAY that I would have had the guts to do that. I truly believe that having Braeden step forward and proudly declare his sexual preference, and to actually keep that movement going forward by speaking out and helping other boys who may be in the same position (or worse) in this day and age shows real heart. Heart, courage, beauty, and passion. It is Braeden’s voice and his confidence that is really needed when it comes to our gay youth. I have to admit that I am awed by him! Good going, dude! WOW!

“I hope I can support others who don’t have the same support that I do.” Says Braeden in a follow up to the original SportsCenter report. It was another brave athlete, Andrew Goldstein, who was also a gay Lacrosse player that helped Braeden deal with the bullying and nasty comments that he was receiving from his classmates. But, here…why don’t I let him tell you his story himself.

Mature. Well spoken. Displaying a level of gusto that I never would have had at his age…how dreamy is he? Hehehe!

Now, a bit older, and I assume wiser, Braeden continues to spread the word and give strength and a sense of hope to others, while still enjoying Lacrosse, basketball, and life in general. With the full support of his teammates and his family, he continues to pave the way for the fearful and the hesitant boys that may come after him, looking for a way out.

As I’ve always said, there is something soooo incredibly soothing to your heart, mind, and soul, to know that you’re not as alone as you feel when you’re…’different’. Especially when you’re young! There’s still so much to figure out on your own. An entire identity to build, basically, from scratch. And the only way to see if you’re doing it right is to bounce it off of the reactions and judgments of other people. I think it’s critical for gay teens to have some sort of guiding light in all of this chaos. 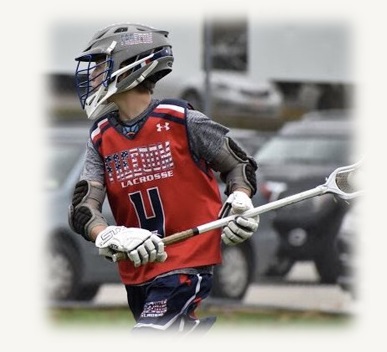 Someone to look up to. Someone who understands, and is willing to talk to them without making them feel weird or out of place. To be that tiny bit of saving grace for another human being is the greatest blessing that you can possibly ever hope to give to the world. And Braeden’s doing exactly that! Sharing his love and his light with those who need it most. I am truly impressed. 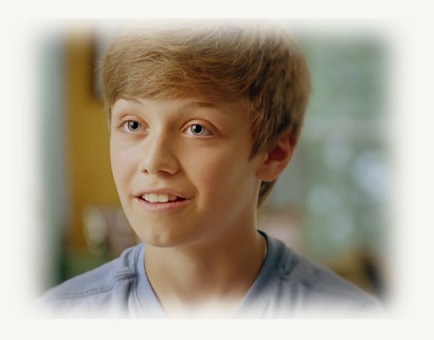 It was because of his efforts and inspiration to other LGBTQ teens all over the country that his idol, Goldstein, created (and named him as co-producer), of ‘The Courage Games’! A Lacrosse series of games that includes both straight and gay teammates, all working together to play a game that they love, all while showing good sportsmanship and acceptance for everyone involved.

How awesome is that idea? Right?

Now, I will admit to not knowing very much about Lacrosse, myself…but I’ve seen some of Braeden’s highlight reels! And from the looks of it, he definitely has his fair share of badass moments! Proving, once and for all, that he’s an excellent athlete as well as an outspoken activist for LGBTQ inclusion and equality. I imagine that it’s not easy to do when it comes to sports…but maybe the times are changing.

And changing for the better, in my opinion.

So…I want to take a moment to thank Braeden Lange for dedicating himself to making the world a better place. For giving something to those who have nothing and no one to lean on. For being yourself, and showing the rest of the world that you’re just fine as you are, and inspiring others to do the same.

You’re an absolute angel for this! And I wish you the best of luck, always, in everything that you do! Blaze a trail towards something meaningful, keep your heart, and stay beautiful! Mwah!

There’s an extremely lucky boy out there somewhere that’s going to turn backflips if he’s able to win your heart! Make sure he treats you like the angel you are, k?

Everything about this article makes me feel good! Hehehe! I’m gonna go take a break and smile for a little while!

In the meanwhile, here’s one of Braeden’s first out of town speaking engagements in front of an audience! Enjoy! And give him your comments and support whenever you can!