Let me set the stage…

It’s Winter, 2018, and the end of the year is coming. Every single year I think about what I’m going to do to challenge myself and grow in the year to follow. Sometimes it’s a small challenge, and sometimes it’s a bigger one. I’m sitting at my laptop, recalling a discussion that I had on a GayAuthors writing group earlier in the year, and how I admitted to being scared of trying out a full blown ‘fantasy’ story with my writing. Believe me, even after all these years of writing story after story online…I’d be lying if I said I didn’t still get intimidated by the ambitious feats that I’m hoping to pull off with each new project. But there were a few readers that told me that I should really think about giving it a shot. And, I mean, why not? Better to fail spectacularly than never try at all, right? It’s hard to explain why, but fantasy has always been one of those areas of fiction that I didn’t think I could be any good at. Which is weird, because it’s not like I haven’t come knocking at fantasy’s door with some of my other stories since I began.

I’ve written stories with vampires, with werewolves, with angels, and aliens, and ghosts, and demons…but they’ve always been written with one foot sort of stuck in reality. I think the reason that the fantasy genre intimidated me so much in the past is because I wouldn’t have that realistic ‘anchor’ to hold me down and give me some guidelines to follow, considering what I could and couldn’t do with the story as a whole. What would a Comicality story be if the gloves came off and there were absolutely NO rules to abide by?

Well, I had some ideas swimming around in my head, and I started taking down some notes. Notes and ideas always turn into more notes and ideas…and before I knew it, I had a whole character list and plot synopsis and list of scenes that I wanted to add, and lessons to be learned…it began to basically build itself. I couldn’t stop thinking about it. And by the time the holidays rolled around, I decided…”Screw it! Let me just…start writing, see where I end up, and find out if I can really throw myself into making something different. Something that I’ve never done before.”

This coming 4th of July weekend…you will all be able to see the results of my 2019 challenge! And I guess I’ll just…remain extremely nervous until then! Hehehe! 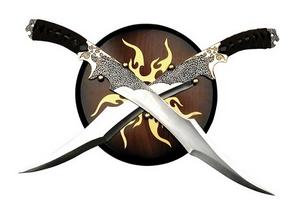 One of my personal rules that I always stick to when writing a genre based story…is that I’ve got to be able to put some sort of unique spin on it. I want it to stand out. I want it to be different, even if it’s familiar. When I began writing “Shelter”, the whole zombie apocalypse idea had been done to death (Pun intended), and I didn’t know what new ideas I could possibly bring to the table. So it took some time to figure that out before tackling that story and trying to create something original that I hadn’t really seen done before. The last thing I wanted to do was waste my time on making an imitation of another story or collection of stories. The same with series like “Gone From Daylight” and “Savage Moon” and “Always” (Continuing SOON!!!). I just figure…if I’m going to do this, I’d better have a fresh take on the idea. There are a lot of writers out there that can do this better than I ever could! But they can’t do it MY way! Only I can do that. And if I can somehow create something using my own personal voice…the story becomes unique, and there’s no competition. Just their awesome story, and my awesome story. People can go read both and get a different thrill from each one! Hehehe! 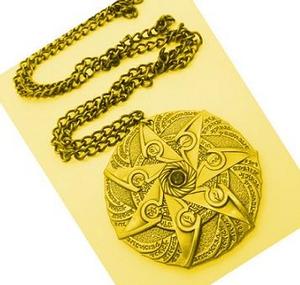 I always think about fantasy as though it should be something epic. Tragic. Triumphant. Awe inspiring. Not every fantasy story has to be “Lord Of The Rings”…but I definitely want my very first attempt at fantasy to be something that will raise a few eyebrows and surprise a lot of readers who have gotten used to what to expect from me and my writing. I want “The Plateau” to be placed in a whole other category, separate from everything else. And I knew from the get go that it wasn’t going to be easy…but that’s the whole point of it all, right?

“The Plateau” is a story that takes place ‘somewhere else’. Another world, another dimension…? Not important. Hehehe! Just somewhere else. It is a story of adventure and sorcery and war. A LOT of world building had to go into the creation of this series. I had to flesh out the way things operate, the fictitious rules of the game, the social structure, the shared (and not shared) beliefs of the characters…and it’s a challenge in itself to keep all of these elements in mind when I’m writing so I don’t cross myself up with plot holes and inconsistencies…but I’ll do my best. Promise.

With any luck, I’ll gather a small fanbase of diehards who will keep me straight when my story, inevitably, goes astray at one point or another! Hehehe!

This particular tale follows the path of a 15 year old boy named ‘Orrin Zenn’, who is being taught to fend for himself in a dangerous realm. In the fantasy world that I’ve created, boys his age are only allowed to travel out as far away from home as their experience and skill level in basic combat will allow. If you’re super young, and can’t protect yourself against threats outside of your front yard…then your front yard is as far as you can go. With each birthday, you’re taught a bit more, and you’re allowed to expand your area of travel, and so on. Obviously, during these teen years, boys will be in a hurry to test those boundaries and break the normal cultural rules that are set out for their protection…but I wanted that to be a part of the story.

Hopefully adding a sense of familiarity to a world of fantasy.

Of course, it wouldn’t be a Comicality story without a warm and fuzzy touch of gay teen romance! And that comes into play when Orrin sees a beautiful blond boy in the marketplace one afternoon, and is swept up with an immediate infatuation. The beautiful stranger is the son of a traveling priest, and can easily capture the hearts of all who look upon him.

From there, “The Plateau” quickly assembles a small cast of young characters, each with their own talents and motivations, and sends them on an adventure outside of their required comfort zones…to eventually take on a series of horrible monsters and deformed beasts in a battle to reach (and possibly save) the souls that have been slaughtered through pointless wars and cruel raids on their villages. This can only be accomplished by getting to the Plateau, which…in their belief system…represents a mountain that acts as the realm of the dead.

Ummm…yeah. Hehehe! If it sounds weird to you, don’t worry! I’m making sure that it sounds sensible when put into the proper context.

So…be sure to check in on July 4th, 2019, at Comicality’s Shack Out Back to witness my very first, surreal fantasy, soon to be epic, saga ever! It’s monsters and magic and mythical folklore and romance and tragedy…everything that I thought a good fantasy story should be! I’d love to hear what you think about the first few chapters as they’re released! Even if it’s just to laugh at how bad it is! LOL! Who knows? I might just laugh along with you.