Whenever you have a studio and a brand like Disney that is primarily geared towards children and tweens, there is always this unspoken need to be extremely delicate with your content. Approaching slightly adult situations has always been met with resistance, especially when it comes to teen sexuality. Which is understandable, as it doesn’t take much for parents to break out the torches and pitchforks and come gunning for you in an angry mob these days. Hehehe! “Owwww…my family values got hurt!”

However…that landscape is slowly changing for the better. And teen actor, Joshua Rush, is a part of making a historical leap forward for Disney and its young tween audience…who maybe experiencing these feelings for the first time themselves. And they might benefit from getting some answers to questions that may seem a little confusing, and maybe even scary.

I certainly wish I could have had all this when I was going through it growing up. 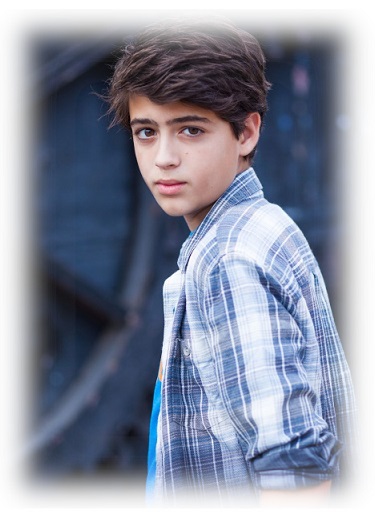 The show, ‘Andi Mack’, has been a big hit, and one of the signature shows on the Disney Channel for three seasons, but it was in season two that the big reveal took place. Joshua’s character, ‘Cyrus’, finally opened up about his feelings for one of the main love interests on the show. A boy named ‘Jonah’ (Played by “Shazam” star, Asher Angel). It was a huge moment, as Disney has never had an openly gay character in any of their shows before…much less a gay teenager. It was considered an untouchable taboo subject, but despite the usual trolls climbing out of the woodworks to whine and complain about it, Disney stuck by its decision…and the unbelievable support and feedback has been overwhelmingly positive. So…love wins again!

Talking about his reaction to getting the part of ‘Cyrus’ on the show, Joshua, a long time Disney Channel fan, says, “…They tell me and I just…just the happy tears! I don’t cry very often…and…man, I was like rolling on my floor, like, bawling. And I think my first coherent question was, ‘When do I get to do the wand thing’?” Meaning the standard Disney Channel promo during commercial breaks. He definitely got his chance to make that dream come true, but admits that it’s a LOT harder than he thought it would be. Hehehe! Having to look at the camera, act natural, and make the Mickey Mouse ears with a wand is, apparently, a difficult act to pull off in just a few takes. Welcome to showbiz!

Now, while Joshua’s character admitted to having strange and weird feelings for another boy on the ‘Andi Mack’ show, his character’s sexuality was merely addressed and hinted at for many episodes afterward. It wasn’t until a future episode further down the line, where Joshua Rush made Disney history again by being the first character to actually say the words, “I’m gay” out loud. It was a confirmation of what the series had already established in previous episodes…but to actually hear the words spoken out loud was just as much of a monumental an occasion as his first heartfelt confession. It’s leaps and bounds above anything that the Disney Channel has ever done, and it’s amazing to see kids being represented in an honest and positive manner while struggling to find their place on the sexuality scale.

Here are a few of those proud historic moments…

Born in Houston, Texas, Joshua Rush began his career when he was only 10 months old, appearing in a TV special, and later in print ads and commercials. He had a resume going by the time he was three years old! Needless to say, he’s a natural at this acting thing! Hehehe! But even after roles on TV shoes like ‘Heroes’, ‘Criminal Minds’, ‘CSI: New York’, ‘Chuck’, and ‘Parenthood’…also doing commercials for McDonalds and Gamestop…and playing a starring role in the babysitting thriller, ‘Emelie’…it was ‘Andi Mack’ that has truly boosted this amazing young star into orbit! 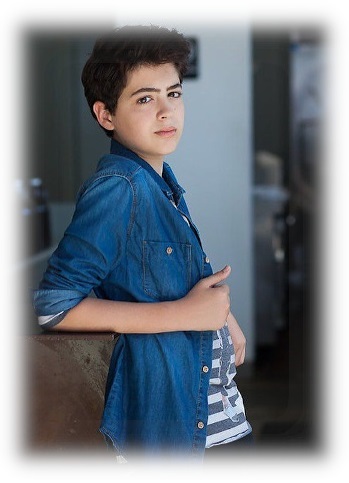 “I think the most important thing for me when I got this part was to do it right. I knew that I wanted to do it justice, I knew that people were going to end up seeing this and being like, ‘Wow, that’s me. I identify with that. I can be who I am now.’ But I also wanted to make sure that it’s not all encompassing, like…that’s not all of Cyrus’ personality.”

Now living in Carson, California, Joshua is continuing forward with a promising career in Hollywood. And the young actor officially came out to his fans over Twitter in August, letting them all know that he was actually bisexual in real life as well. It wasn’t just an act.

After dealing with the fears and issues with his own internal homophobia, he says, “Instead of feeling the courage to say that I am an out and proud bisexual man because of the character that I played for 4 years, I feel that courage thinking of all of you who felt emboldened by Cyrus to come out.”

He credits his ‘Andi Mack’ character, the love and support of the kids he’s helped out during his time there, and groups like The Trevor Project and GLAAD, for helping him to finally feel comfortable being who he is and sharing it with the world.

He doesn’t seem to be dating anybody at the moment, but there’s one lucky boy or girl out there that’s sure to win his heart eventually. And who knows…it might be YOU!

Joshua Rush’s next project will be as the main voice in the new animated series, “Where’s Waldo”!

Congrats, Joshua! We’re all wishing you the very best in the years to come! Keep being strong, and wearing your heart on your sleeve where we can all see it! Thanks for being a hero to those who needed one! 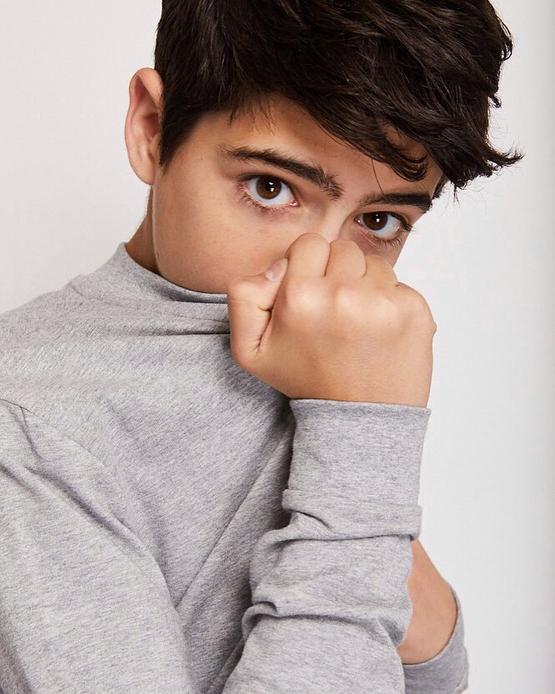