Sometimes it feels like the word ‘phenom’ or ‘genius’ get thrown around pretty loosely. That’s not to say that there isn’t a lot of talented people out there who are great at what they do…but genius? I think that takes an extra flair and a certain level of uniqueness to be able to proudly wear the title of genius.

Giovanni Mazza is only thirteen years old…and I can honestly say…I think he honestly deserves to be called a genius!

This boy is a full blown prodigy when it comes to playing the violin! I can’t say that I’ve ever really heard anything like it before. It’s like he mixes electronic dance music, pop, and hip hop…but then KILLS it with the fury of a classical strings instrument. Wow…

Take a look at this video below from an NBA halftime show!

Not only is Giovanni absolutely amazing, giving it his all…but around two minutes into the video…he’s been sawing that violin so fiercely that the strings on the bow actually begin to BREAK! But he just keeps friggin’ going! And the way he dances around and kicks it up a notch, you’d think he was thrashing on an electric guitar or something! Watch this…

I mean…seriously? Hehehe! That is phenomenal!

And any teenage boy that can move his hand that fast is…hehehe, wait…let me just stop myself right there. Nope! Not going there. Moving on…

Giovanni comes from my hometown of Chicago (Because…of course, everyone from Chicago is awesome! Ahem!), and he began acting and playing the violin when he was only three years old. How to people do that these days? Potty training…then classical violin lessons! Geez!

But, apparently, he took to it almost immediately. It’s like he was literally born with the music in his heart. “We couldn’t read music, so we listened and repeated. It was fun because we would play on one foot, walking around and doing silly things. I didn’t start reading music until a few years later.” It was only a few short years later when he was a contestant in the Chicago Bulls Youth Talent Search, and the rest, as they say…is history.

He says, “…My mom could tell I was nervous. Before I went out, my mom said, ‘Don’t think of it as a contest, but just as a chance to perform. Let the crowd disappear, and it’s just you and your violin as one.’ I think I kept my eyes shut the whole time, focused on the sound, and when it was finished, I got a big rush of adrenaline. It felt great.” 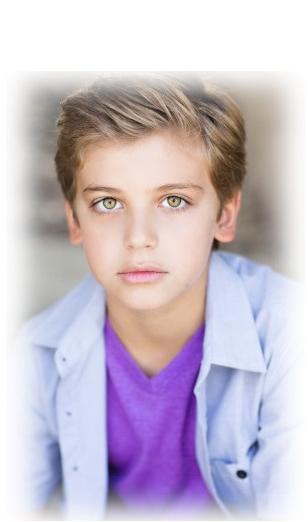 I think it’s safe to say that Giovanni got over his initial jitters and learned how to truly move a crowd. His first professional gig was supposed to be a short performance during an NBA All-Star game time out in Toronto, but as he was getting ready during a soundcheck, promoters were so impressed that they had to inform him that they were bumping him up to the 2016 halftime show. He was only TEN at the time! And halftime is a pretty big deal. So, way to go, dude!

And don’t think that he can’t perform complex classical pieces on top of everything else that he does for the spotlight. He may be awesome at playing Imagine Dragons, Lil Jon, and Drake, songs…but he’s just as amazing at playing Bach’s ‘Partita No. 1 In B Minor’ as well. He practices both types of music when he can, outside of going to school, basketball practice, and soccer. So…he keeps himself pretty busy. But when it comes to his music, it definitely shows. 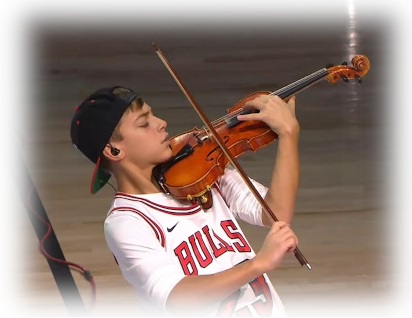 And now, Giovanni Mazza has begun the journey to putting out his own original music as well. A mixture of classical and modern genres, complete with music videos. Mentored by Andrew Joslyn, who is well known for his work on albums for artists like Macklemore and Kesha, as well as movie scores for soundtracks to “Relentless” and “American Violence”. With the two of them working together, we may be hearing more from Mazza in the near future.

It’s almost an entirely new genre of music, to be honest. And with Giovanni’s claim that he just wants to share his music around the world and maybe one day win a Grammy for his outstanding talents…the sky is the limit.

Best of luck! Stay beautiful! And I’ll keep an eye out for more from you! Wear that ‘genius’ name tag! You earned it, cutie pie! 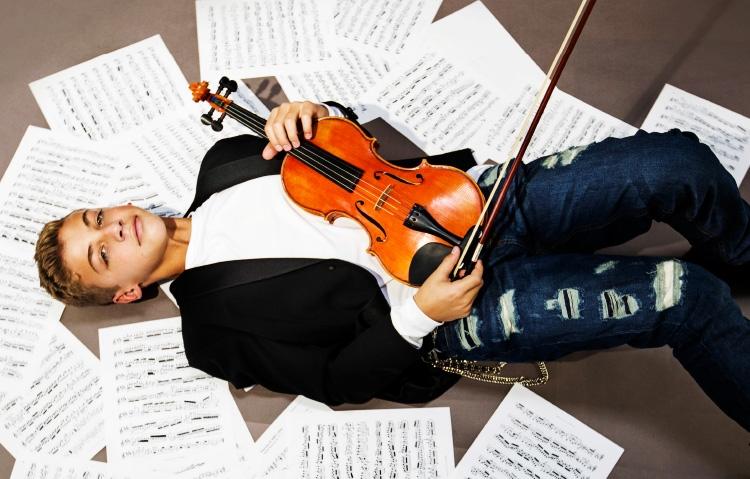