It has truly been fun watching 15 year old Johnny Orlando basically growing up in front of our very eyes on Youtube over the past few years. And what a handsome young devil he’s become! Wow! Who knew? Hehehe!

Growing up in Ontario, Canada, ‘Johnny O’ began making videos for fun with his older sister, Darian, and younger sister, Lauren…and it led to a blossoming career in music that has taken him from the small laptop screens of his fans to the stage and beyond. Now writing and being involved in the production of his own music, Johnny is definitely on the road to teen pop stardom.

The funny thing is, he admits that it was only his sister’s guidance that led him into music to begin with. He actually wanted to be a hockey player when he started. Hehehe, that’s soooo….Canadian! LOL! But, he was eight years old at the time, so it’s understandable.

That’s right! Johnny Orlando hadn’t even hit double digits when he started performing online. Making covers of popular songs and becoming a big star in places like Musical.ly, where he received tons of praise and recognition from hordes of screaming girls (and boys, I’m sure) over the super cute boy making videos for their entertainment.

But, it seems that Johnny had bigger plans than just being another internet celebrity. As he got more involved in the process of making original music, he decided to break away from the stigma of being one of those ‘Youtube kids’, and started reaching towards being taken seriously as an artist. Thinking back on his earlier videos, he jokes, “Oh they are BRUTAL! It’s like, it gives me flashbacks.” With a blush, he talks about his first videos with a hint of embarrassment, but he’s still thankful for everything those initial videos did for him. “Musical.ly definitely helped. It absolutely helped, I won’t deny that. It really helped me grow my audience and it introduced me to a whole new demographic of kids.” And yet, he chose to re-brand himself by distancing himself from the popular site in order to pursue something more.

Hehehe, but I remember those early videos! And they were adorable! There’s no escaping them now, dude!

(Seriously…hehehe, what’s with the penguin onesie? You still have that, don’t ya, Johnny? That thing is sitting in a closet somewhere. I just know it! LOL!) 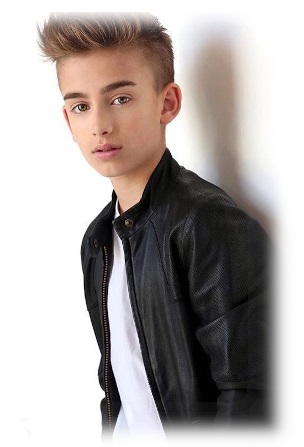 But, with hard work and dedication, Johnny continued to mature, learned more about songwriting and his own vocal stability, and once he began making his own music, it was clear that there was a true level of talent shining through. He wasn’t just a flash in the pan Youtube sensation anymore. Johnny Orlando was making an effort to stick around for a bit longer. He’s come a long way, and there’s certainly nothing to be embarrassed about now…

Now signed to Universal Records Canada, Johnny is now geared up to release his very first EP, called “Teenage Fever”. He’ll also being going on a multi-city tour to promote the album, starting in Chicago (Because Chicago is AWESOME! Hehehe!) and ending in Vancouver. Which I definitely wish him well on…but this won’t be his first rodeo.

Johnny has been releasing his own singles and performing live since back in 2012, and has been nominated for a variety of Kids and Teens Choice Awards over his career. And every outing seems to top the popularity of the one before it. He’s gained a great deal of momentum in just the last two years alone, and it doesn’t look like he’s slowing down any time soon.

Johnny is no stranger to touring and bringing his talents to the stage in front of a live audience. Which, as always, comes with a few pitfalls of its own. When asked if he had experienced any embarrassing moments when he’s performing, he said, “Yeah, I’ve fallen off the stage a couple of times. Ummm, usually, I recover…sometimes I don’t. And people in the first row are the only ones that notice.” I’m sure they did! Not to mention a few times when they actually tried to pull him off stage…but even then, he seems to handle the situation with a professional grace that keeps the show going, no matter what. And that’s a definite plus for any performer.

Also, as he grows up and is in the middle of that awkward stage of puberty, he still has to deal with a voice that is rapidly changing from show to show, causing him and his vocal coaches to deal with it as best as they can, assuring that he can still sing the notes the same way that he’s used to singing them. Even if the pitch is different. “I still get some gnarly voice cracks from time to time.” He admits, but they’re working on it. 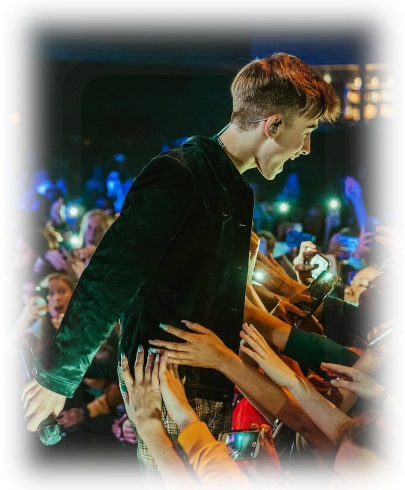 And yet, when the stage lights are off, and Johnny goes back home to Toronto, he goes to school just like everybody else. It is a school for athletes and artists, with a more flexible schedule for teens who are pursuing a career that may take them away from their studies from time to time, but high school for him is pretty much the same as it would be for anyone else. He jokes about being scared to go, and wondering if anyone was going to shove him into his locker on the first day. Luckily, that wasn’t a problem. Hehehe!

We’d have to get the ‘Shack Out Back Army’ together and pay those bullies a visit! Grrrr!

Still, it’s comforting to know that his growing fame hasn’t really caused him to lose his sense of humility, as Johnny is still very close to his friends and even closer with his family. Even with millions of followers and fans all over the globe. When asked what disappoints him most about his experiences with other performers like himself on tour or going to conferences, he said that it was people lying about how much they care about their fans. “I’ll see somebody on social media, like, ‘Awww, thank you so much! I appreciate it so much!’…and it’s not really like that at all.” Johnny truly appreciates his fans, and he lets them know it as often as he can. 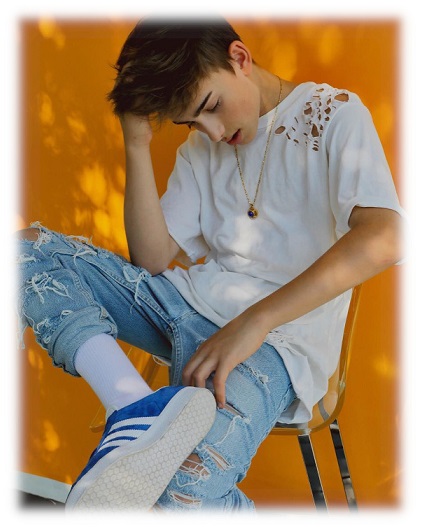 Not only that, but along with his social media presence, his music, and his city to city live performances, Johnny Orlando and his sister, Lauren, have also gotten together to create a line of back-to-school materials that are available in the US and in Canada! (For NOW! But their brand might get wider distribution, depending on how well their products do)

This line of helpful materials includes backpacks, binders, folders, notebooks, pencil/pen cases, lunchbags, and more…all with a signature logo that they both created themselves. Both siblings were happy to have a hands-on approach to the materials, and being able to add pieces of their personality into every item sold. Items that also raise funds for charity. So it’s all win/win, right?

You can find their stuff at laurenandjohnnystore.com if you decide to go looking for it!

There is more music coming from Johnny all the time! There is a whole new momentum going now with this new EP, and upcoming tour…and I’m sure that a full album will be in the works as soon as he gets back home. He’s been displaying a real passion for what he’s doing now, and says that he’s much happier being able to put out his own music, even though he’s still learning.

Johnny expressed his desire to want to be like ‘someone else’ in the beginning. Hoping to be like this artist or that artist…but he’s coming into his own now, and embraces the idea that it’s all a part of growing up. Finding your own identity, and then finding confidence in that identity.

I can respect that. So very true. You know?

It was this steady growth that led him to the song that he originally said he was the most proud of. He got to get more involved with the writing, production, and everything that went along with putting it all together.

The song is called, ‘Last Summer’…and if this song and others like ‘Waste My Time’ is the kind of stuff that we can expect from Johnny in the future, then he’s definitely headed in the right direction.

(Hehehe…is it just me, or does Johnny’s voice in the first few seconds on the phone of the ‘Last Summer’ video sound EXACTLY like how you pictured all of the ‘Com-Doms’ ads in Imagine Magazine sounding in real life? Hehehe! Sex-ay!)

Johnny Orlando is definitely a name that you guys should keep in mind…because he’ll be coming your way, sooner than later. Hehehe, Shackers that have been around for a while might remember me posting that other Canadian kid on the main forum all those years back. Remember? And it was hard to find pictures of him online at the time, but those Youtube videos and that talent and that particular ‘glow’ that not all artists have…just seemed to grab your attention. What did I say back then? Oh yeah…”That ‘Bieber’ kid has got some real potential to make it big!”

Just sayin’! Hehehe! Who’s ready for round 2? It might be right around the corner, folks!

His newest video, ‘All These Parties’, was just released days ago! Check it out, and be sure to keep up with him to see what comes next! 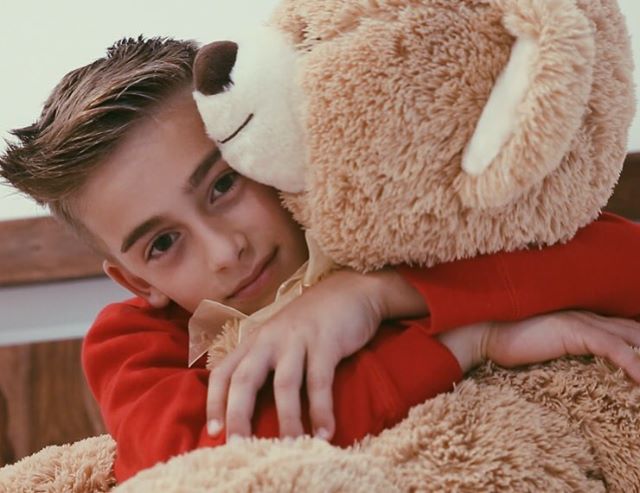