It’s true. Sometimes, the prettiest roses can hide the deadliest thorns! And Tajus Kruminis may just be one of the most obvious examples of that particular concept. Because, despite his unmistakable, androgynous, beauty…don’t let the long, flowing, blond (or sometimes brunette) hair, and penetrating, ice blue, eyes fool you! If you had any naughty ideas about him at all…trust me…you’d be better off keeping your hands to yourselves! Hehehe! Because this kid can really kick some ass! 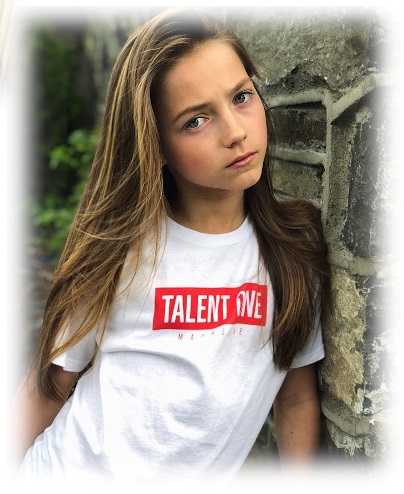 To be so young, he really is equal parts beauty…and beast! And considering the level he’s operating at with both sides of that equation, that’s saying an awful lot here.

Tajus is of Lithuanian descent, but he was born and raised in Ireland. A professional model for multiple brands now, there’s no doubt that his growing popularity will have agencies seeking him out with growing intensity in the days to come.

Even though he was too young to remember it, himself, Tajus says that his very first job came from his father sending out a baby picture of him when he was only five months old. And the folks that saw it were so impressed that it was aired on live television. That must have been one heck of a beautiful baby! Geez! Then, just over five years later at the age of six, Tajus got his first professional job helping to promote the Teenage Mutant Ninja Turtles movie. After that, he had a role as an extra in the horror movie, “The Hole In The Ground”, and his acting and modeling careers have been growing ever since. 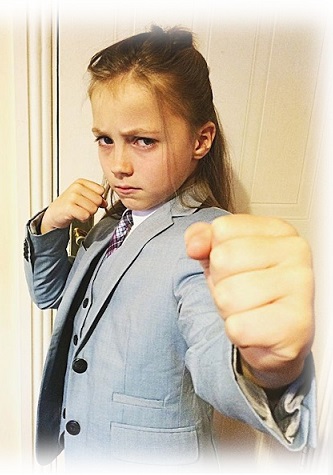 …Don’t let the looks fool you! Tajus is a well trained martial artist and gymnast with multiple titles all over Europe. This cutie has been knocking other boys down since he was barely able to walk himself. So don’t make the mistake of being the next target in his sights. While his alluringly beautiful features may give the impression of elegance and grace…Tajus is no delicate flower. He may be small in stature, but then his shirt opens up and you see the abs and the muscles and you can pretty much throw that idea of softness out the window. Hehehe!

How can something so potentially lethal be so cute?

Tajus is one of the top five ranked competitors for children, cadets, and juniors in WAKO (World Association of Kickboxing Organization) in Ireland, Hungary, and Italy. Both in 2018 and in 2019. Then again, I guess it’s understandable. Who could possibly smash their fist against that face? Awwww!

“It is now five years since I first started training in the martial art of Kickboxing.” Tajus says. “I really enjoy training and competing. One of my biggest achievements is placing 1st in the largest Kickboxing event in Europe. Even though it takes up most of my free time, I enjoy training to become even better at it. Competing in front of crowds of people has made me more confident to work in front of the camera and new people…”

There’s just a lovable charm to him that makes you smile, you know? He could probably break every bone in your body if he felt he had to, but at the same time, he’s still able to just be a fun loving, energetic, kid. Which is even MORE adorable! LOL!

Tajus has also said that he loves to draw, and he is exploring that particular talent as well. Kids are so well rounded these days. And when does he find time to draw between school, modeling, and martial arts practice? Where did my sense of time management go? Seriously.

Tajus has got some major skills in everything he does, and he’s not afraid to prove it…and OMG, did he just jump up in the air, and spin kick the twist off cap off of a bottle of water…AT the camera…without knocking over the bottle of water??? WTF??? 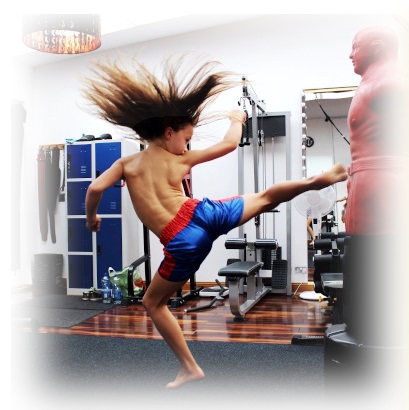 Anyway, Tajus Kruminis is definitely someone to keep an eye out for in the future! So keep kicking ass and taking names, dude! Not mine, though! I’m your friend! He’s one tough cookie, so you should watch what you say about him whenever he’s within kicking range. You may just end up catching a beat down that you weren’t quite prepared for!
And now, for a few more pics…because he’s *SO* damn pretty! It should be appreciated! Hehehe! 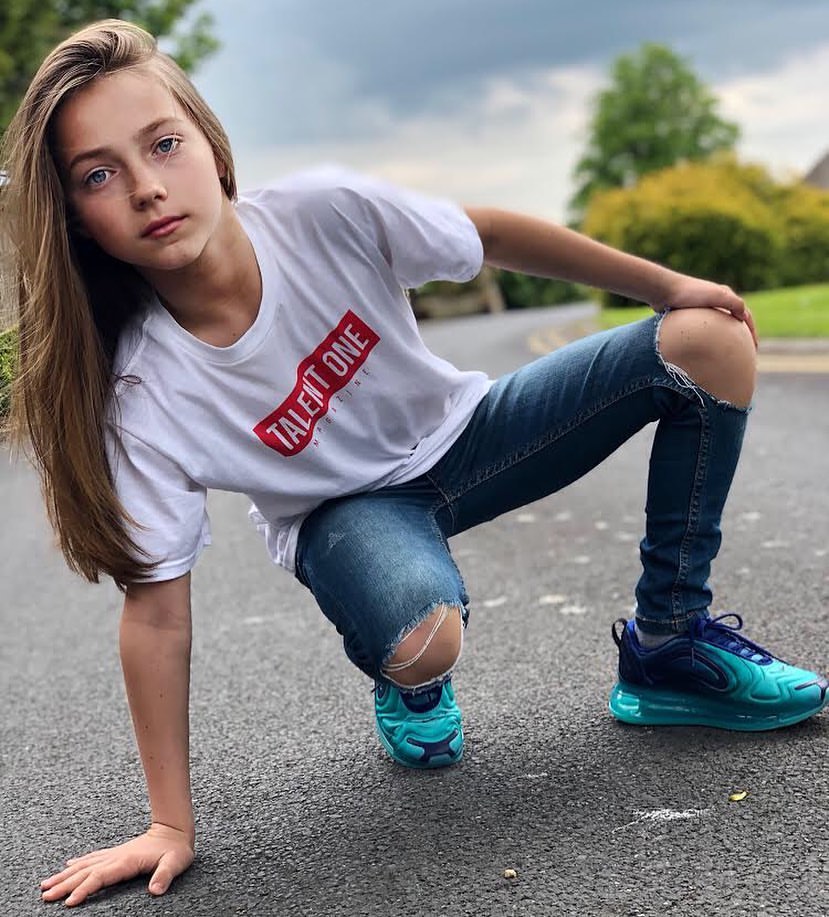 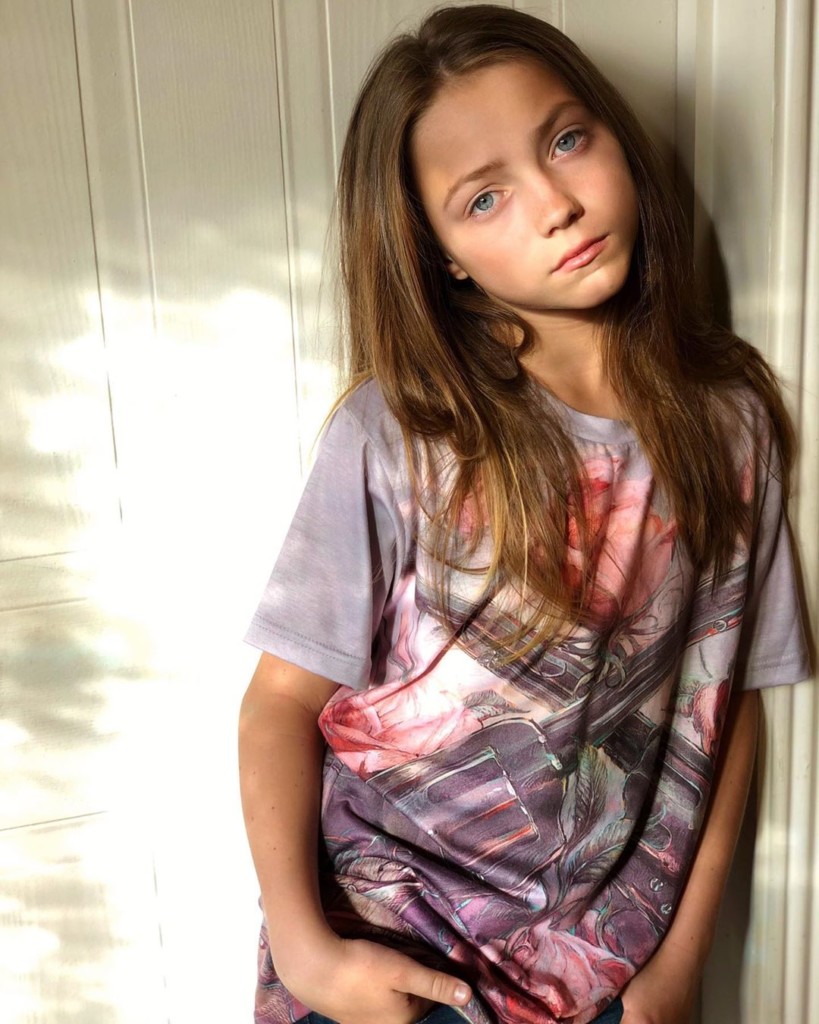 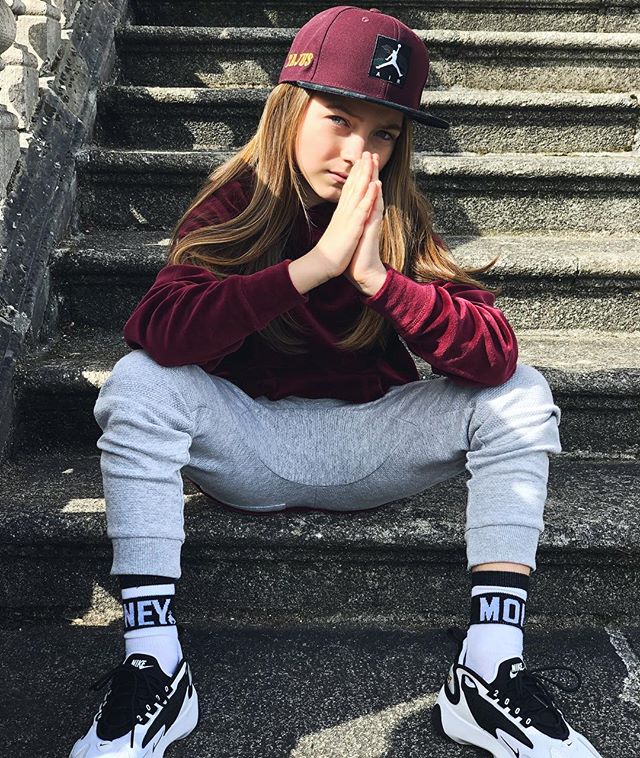 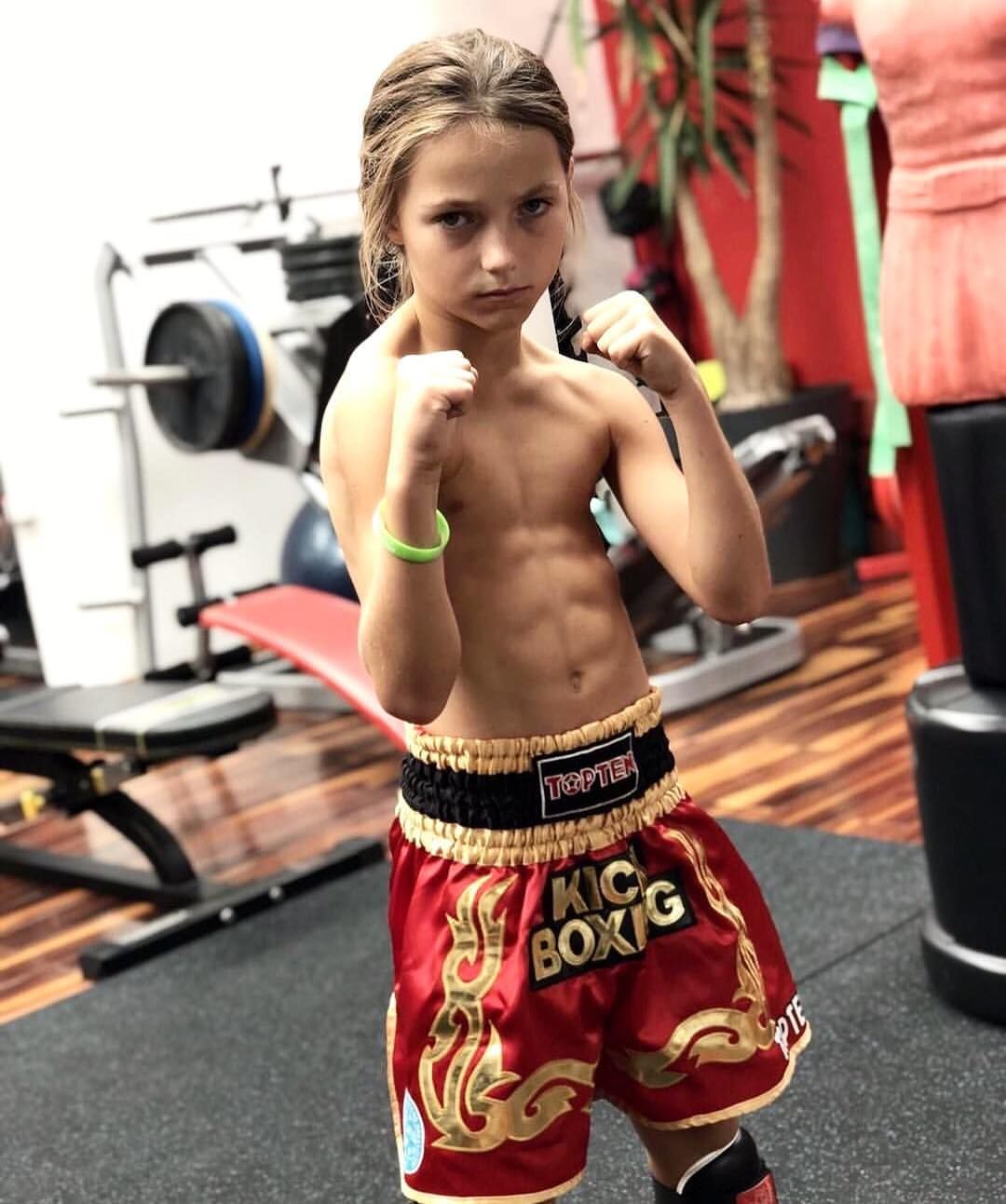 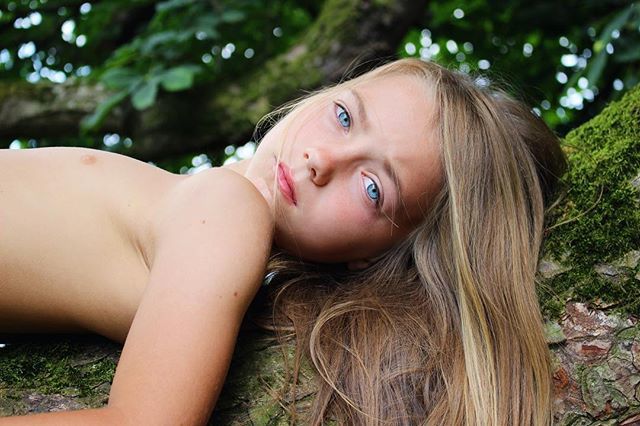 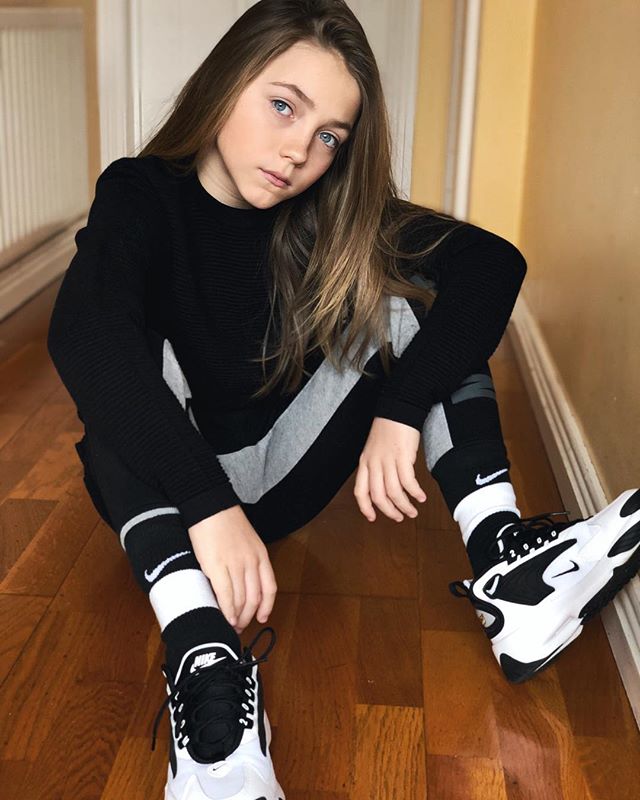 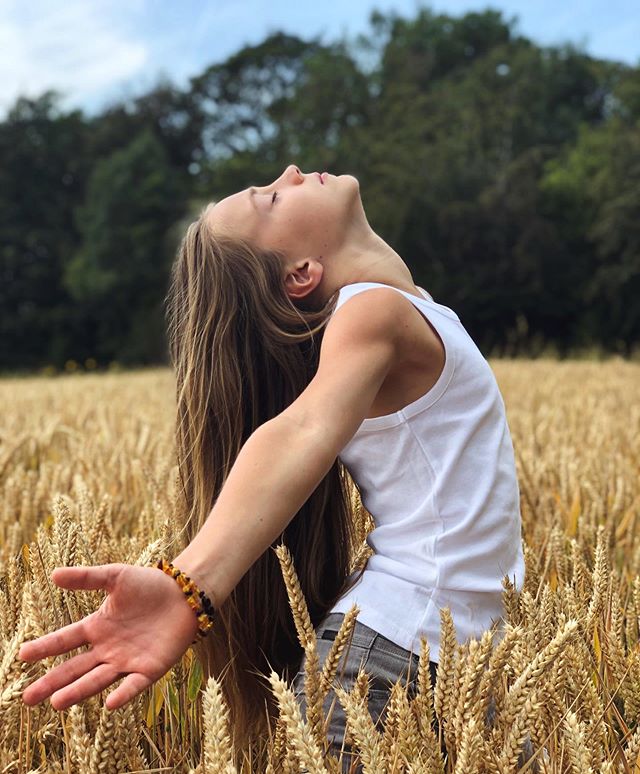 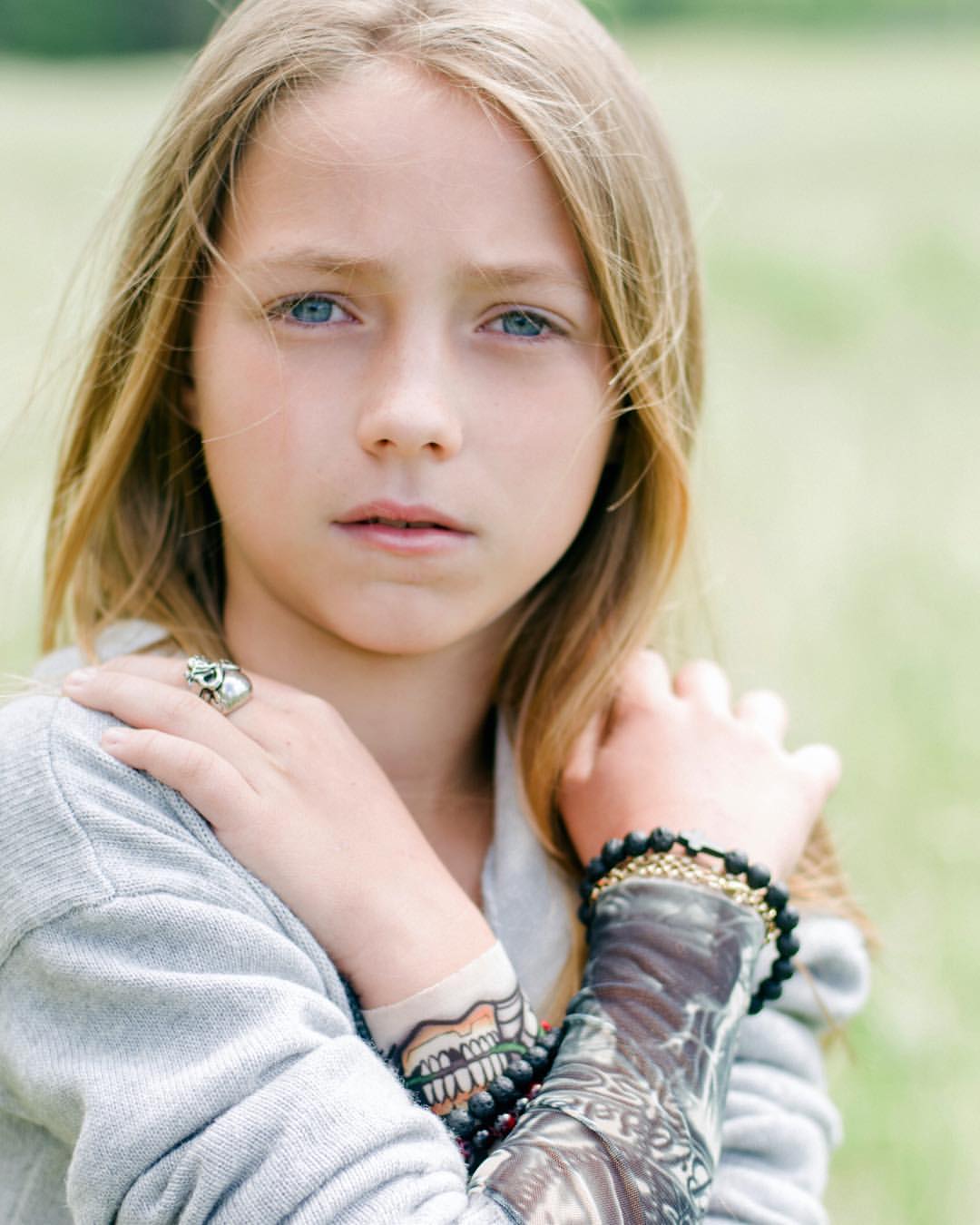 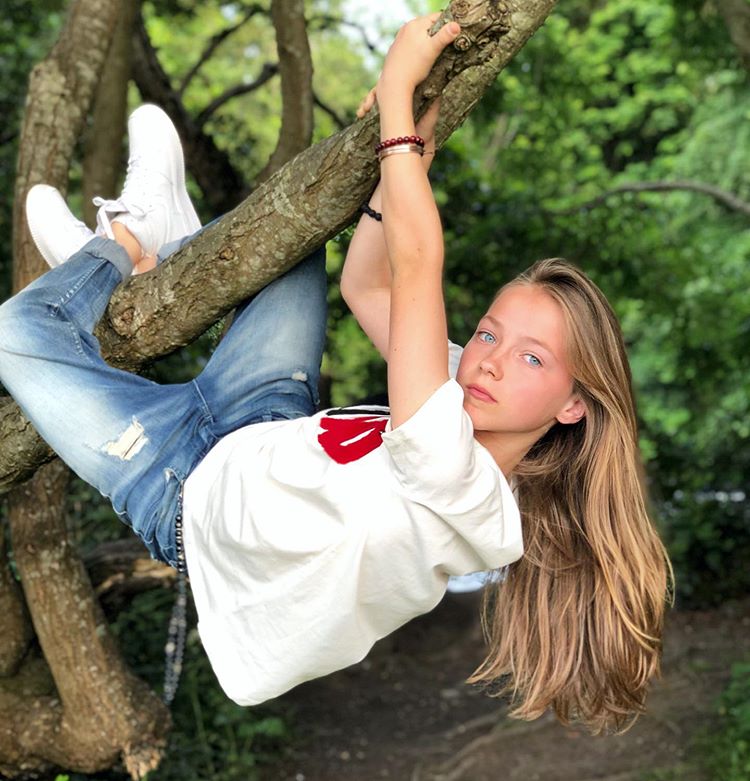 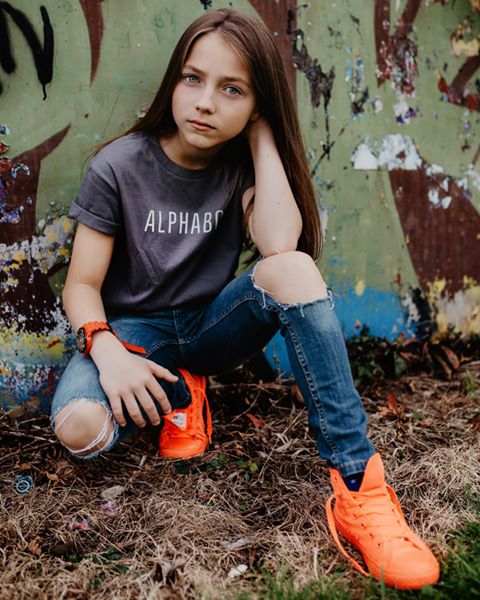 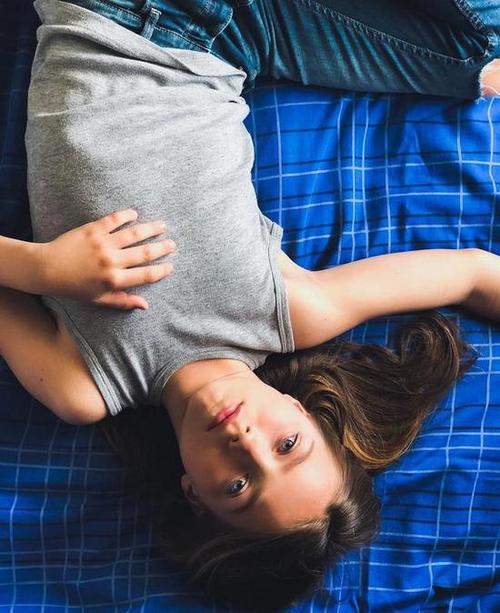