I woke up with a sharp pain in my stomach. The wind blew aggressively past the windows on the truck. At this point, I felt resigned. Maybe this is my fate after all. Maybe I was born to suffer. I thought about my brother, Eugene, or…, as he prefers to be called, Gyro, and tears began to fall down my face uncontrollably. Eugene was the one ray of light for me in this dark life. His baby smile could light up a whole room, and more impossibly, my heart. Gosh he was so young, only ten. He never knew what my father, our father, was doing to me every night. And he never would know. Nobody would. To the world, I presented this social and intelligent façade, a girl who got it all together. I’m sure everybody at school envied me. I’m sure my brother admired me and saw in me his role model. I needed to be. I was the only one he got.

Our family has always been the closed off type. Even to one another. Had I not accidentally stumbled across my Mom’s medical bills that she hid in her jacket, while doing laundry, I would never have found out she had cancer. That explained so much: her withering face, my Dad’s spiraling into a bottomless pit of despair, and all the pain they both caused me. It took a real man to be able to handle the kind of pain my Dad was going through without taking it out on others around him. He wasn’t a real man. He’s a coward, who inflicts pain on others, even his own daughter, to escape from the torture inside his soul. Little did he know that by doing so, he’s only allowing the demon to grow stronger, and it will devour him whole. And so, to everyone I’ve met and will ever meet, my little story will always be:

“Rebecca was surrounded by good friends and good times once she got to high school. She had loving parents, but because of her rebellious spirit, Rebecca ran away from home, met a stranger vampire who turned her and then disappeared.”

Yes, that will always be my story. Nobody will ever know the real story, what happened to me tonight, what my father did to me, what my Mom has become. No one will know, not even Eugene. Oh God, Eugene! He is way too young to understand any of this. The world will come crashing down on him fast and brutally. Now that I am gone, who would be on the receiving end of my father’s rage?

Eugene… no… I won’t let it happen. I’ve got to get out of this hellhole. I have to continue to live, if you can even call what I am, “living”, for him. I have to be strong for him.

With that thought, I pushed myself against my back and tried to sit up. My hands and feet were tied, and my throat felt like the inside of a volcano. I reached up to the window and tried to take a peak.

Complete darkness. I must have passed out for hours, even days, and we must have gone so far away from Daemon’s house at this point. Daemon, the mention of his name alone hurt more than I could bear. The first and only boy I ever gave my heart to. That boy fed me to a herd of hungry monsters, bled me dry, gang-raped me with his brothers, and sold me to a pimp to be an immortal whore. I tried to swallow my feelings, just for a little while, to numb the pain and think of an escape route.

“Screeeetch” _ the truck came to an abrupt stop. I was thrown off balance and fell flat on the floor. Someone violently yanked the back door open. I had to close my eyes as the piercing street light penetrated my unaccustomed eyes.

“Did you bring the merchandise?” _ An old, manly voice asked.

“Yes, she’s tied up good and proper.” _ The trucker answered.

That’s what I’ve been reduced to now: merchandise.

The old man laughed as he saw my eyes open. “Oh, looks like the whore’s awake.”

They dragged me by the arms into the building at the end of the alley. It was very dark inside, pitch-black. I could hear faint screams and muffled cries of girls from the distance. The further we walked, the clearer those sounds got. What is this? Where am I?

“So did you get any discount?” _ the old man asked again.

“Well, the Martins were very tough negotiators. And seeing that we got her as a virgin when she crossed over, they would not budge an inch on the price.”

“Then she’d better make it worth my while. We’ve been on low supply of new blood in this club.”

The old man looked straight into my eyes: “Listen up, girl. I mean business, and business only, you hear me? Now, we spent a great deal of money on you, so I’m going to need you to cooperate and earn us back every cent.”

He cleared his throat and continued: “You do know where we are, don’t you?”

I shook my head in denial.

He continued: “Now, this is not your stereotypical brother. There’s a certain type of customers we serve here. They’re willing to pay big, to satisfy whatever wicked fetishes they have.”

Wait, what does he mean by fetishes? I tried hard to block out the screams in the hallway, as he moved on:

“Of course, the club has rules. No damage to the heart. But everything else is fair game.”

My brain felt like it was coated in cement.

“Now, you’re going to be fed once a week, which is more frequent than a regular vampire’s schedule. But trust me, kid, you’re gonna need it.”

I wanted to scream, to shout out for someone to help me. But my body was in a state of disbelief and shock. I couldn’t move. They literally had to drag me into a room and threw me on the floor like a doormat. They untied me and locked the door: “Get used to it, kiddo. This will be your life now. And don’t you try to escape, because there will be severe consequences.”

As the door slammed behind me, I took a moment to examine my surrounding. This room was bigger than most of the rooms we walked by, with flickering tungsten light bulbs on the walls. There were little make-shift “beds” all over the floor, or more accurately, used blankets laid out to cover the dirty floor so someone could sleep on it. I heard some loud commotion, as a group of security guards brought in two girls, whose bodies have been beaten and cut up beyond recognition. I was too scared to move.

“How many sleep cycles for these two?” _ one of them asked.

“Probably two or three, depending on their blood supply.” _ the other one answered.

“Well, let’s run the numbers and give our customer a final bill.”

They walked out without even noticing me. I looked over to the other two girls, now passed out on their own puddles of blood. They’re about my age, give or take a few years. Their bodies were bruised, cut up, whipped, and smashed to pieces. They looked too far gone to understand pain anymore.

“Hey you, new girl!” _ a voice called out from behind me.

“Let’s get you cleaned up for your first gig”

He took me into a large communal shower and told me to strip.

“Yes, you can and you will.” _ he signed, obviously having been through this before with the other girls.

Before I knew it, his eyes flared up and a thin ultraviolet laser shot through them. I cried out in pain as my brain felt like it was being cut open in half.

“Do not resist or I will increase the voltage.” _ he said sternly.

I succumbed and took off my clothes, stripped of my humanity and any remnant of dignity.

He turned on the shower and washed off all the blood stains on my body. The bruises, surprisingly, were gone. How could they have healed so fast in the amount of time I passed out on the truck? How long was I out?

“Put this on. We don’t have all night.” _ he said; and as soon as I finished getting dressed, he pushed me into a small room. I tried to resist but his hands were far too strong for me, as he cuffed me to the walls, and just… walked out.

My heart was beating so fast at this point, expecting the worst. After what happened with Daemon and his brothers, I don’t think I could take another one. No, please, please give me a break. Enough with the torture. I just need one night, just one to recover…

The door in front of me opened, and a middle-aged man wearing dark sunglasses walked in. He had a wicked smile on his face, and I just knew, he must be… the Customer!

I shut my eyes and winced in horror, expecting him to put his dirty hands on me at any moment. But no, he just stood there, give feet away from me. Then, before I had a chance to react, he whipped out a long rod and started to hit me!

“Whop-eesh” _ he hit my sides, then my thighs and shoulders, and finally my face. Blood came pouring out from every orifice of my body. There wasn’t a single spot on me that he didn’t whip. I cried out in pain. My body constricted like a shrimp being boiled alive. He seemed to really get off on it, as the more I scream, the harder he hit. After finally what seemed like an hour of torture, I heard the bell rang, and he stopped.

This must be what hell feels like. Oh God, what did I ever do to deserve this? Please, take me back. I would take my Dad’s beating every night. That was nothing compared to this. I have never been on the receiving end of such horrific, heartless acts of torture. And worst of all, it was for fun!

I heard as more footsteps approached the room. Someone put more money into the slot, and the door opened again!

My wounds were still bleeding profusely.

“Ready for round 2?” _ the second customer asked. 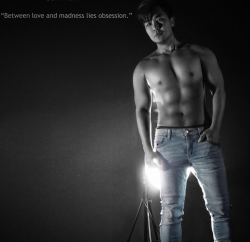 Personal Quote: "You owe it to yourself to pursue your dreams."

Follow Me:
Latest posts by Hai Tran (see all)