As every type and category of music gains some momentum, it goes through stages of diversification. Certain artists take the sound in a different direction, they take different risks, come up with different ideas…and that’s when you begin to find little ‘pockets’ of new fans finding a piece of the culture that speaks to them directly.

Enter 15 year old rapper, Matt Ox…who, in a very short amount of time, is now becoming the newest, youngest, voice of trap music hip hop. And this isn’t his first rodeo either. 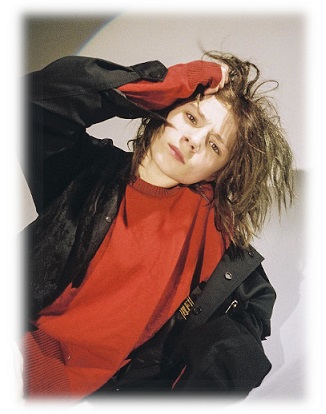 While he may not look familiar at first glance, as he’s changed his look quite a bit over the past two years…Matthew Grau actually made quite a splash online with his video, “Overwhelming” on Youtube a few years back. A video that is very quickly reaching 30 MILLION views, and won’t be slowing down any time soon, now that he’s doing more live shows and coming out with new music in the near future.

Once known as the ‘fidget spinner rapper kid’, this Philadelphia born artist started out with a few low budget videos from home, and some songs on Soundcloud. But all of his efforts were quick to gain attention and a massive fanbase once the “Overwhelming” video was released. The guys immediately went crazy for him, the girls immediately fell in love with him, and with some internet savvy, some good production, and his infectious energy now being put on display for the whole world to see, it sort of took his big debut and created the perfect storm. There was no way that he could lose once all the elements fell into place.

The trap music genre of hip hop has a very distinct sound to it. With deep 808 bass and super fast snares, the Atlanta, Georgia sound became extremely popular back in the mid 90’s, entering the mainstream with groups like Goodie Mob and Outkast. While the ‘trap’ in trap music is used to describe a place where people go to buy or sell drugs, the sound has been used more for party music nowadays, or as something to rattle your car doors as you listen to it. That particular vibe has ventured out into other genres of music as well, being used by a variety of different artists, from Beyonce, to Rihanna, to Taylor Swift, to Miley Cyrus, and even by K-Pop artists overseas. 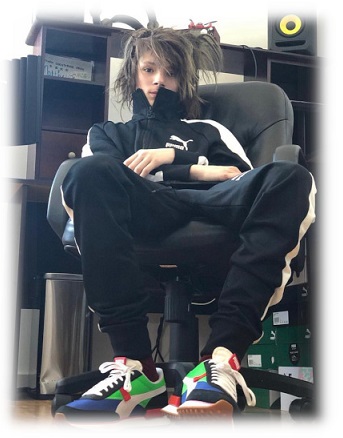 However, the sound thrives from not having any one particular influence that it has to adhere to in one way or another. That seems to be what Matt likes about it most.

“I like a lot of different music, but at the same time I get bored listening to just one type of artist. I can’t be dedicated to just one artist.” Matt says. He began writing lyrics down at around nine or ten years old, but began to get more serious about it at the age of eleven. And his first big single was released in 2018, when he was only twelve. Now that’s progress!

In fact, when rapper/producer XXXTentacion first heard Matt’s single, he reached out to him and the two struck up a close friendship, with X taking on a bit of a mentoring roll in Matt’s life as he began to get bigger and recognized for his music. He even added his vocals on one of Matt’s records, bringing him to an even wider audience in the process.

Matt credits his uncle for exposing him to many different kinds of music when he was younger. Matt says that he really like Marilyn Manson, Michael Jackson, and Eminem…to name a few. Not many people have those three artists on the same playlist. I mean, I do…but I’m borderline insane. Si, I don’t think that counts. Hehehe!

Matt Ox might not be anywhere close to taking out the ‘Rap God’ any time soon, but it doesn’t seem like he has any desire to. “I mean, Eminem he’s tough, but for me, rap can go two ways: there’s melody rap and there’s bars rap,” He said in an interview. “For bars rap, he’s one of the top…but for melody rap, I wouldn’t say that. For the new wave, not at all, but for the older days and that bars stuff, yeah he’s a legend for real. At the end of the day, it’s a new wave now, it’s not on that bars stuff no more.”

It’s just a different kind of music, and he was able to slide right into it, with the boyishly melodic, auto tuned, voice and his unique rhythm…it was a perfect fit. Matt Ox may have his fair share of haters out there, but the truth is…to his fans and fans of the genre…he’s practically the young ‘Justin Bieber’ of his category! And yet, there seems to be a real sweetness about him as a person. Humble and quiet…maybe even shy during interviews. And yet, in his videos, his playful confidence just captivates everybody watching. Not for very long though. Hehehe, much like The Ramones…you get a two minute song…MAYBE! Then it’s done! Get outta here! 😛

But, no matter what he’s doing, he looks like he’s having a lot of fun doing it. And it’s usually with other kids and adults in his neighborhood. It adds something to his overall charm. Not-so-deep down, he’s just your typical teen sweetie at heart…

“You know, I already overthink myself, so…when I overthink more it just causes problems.”

It would be a mistake to think that Matt Ox hasn’t been through his fair share of tragedies in his life, starting when he was only a toddler…his father committing suicide before he ever even got a chance to know him. Staying away from drugs and gangs in the Philly streets was a must, and he was lucky to avoid it before it took hold of his life.

Then…his mentor, XXXTentacion, one of the first celebrity artists to reach out to him and believe in his talent, was tragically gunned down during a robbery in the Summer of 2018. It was during a robbery at a mortorcycle dealership in Deerfield Beach, Florida…the promising rapper was only 20 years old. He later went on to win a BET Hip Hop Award, an American Music Award, and a Billboard Music Award, for his posthumous album. It’s sad that he never got to live long enough to celebrate his hard earned success.

“When I heard the news about X, I was in Philadelphia, but I was at the airport at the time. I was on my way to LA.” Matt says, recalling the day it happened. “So, the first day I was there, I was like, ‘Bro’, I texted him like, ‘Bro…please tell me it ain’t true. I mean…like…you good?’ And he never texted me back. I just couldn’t believe it.” 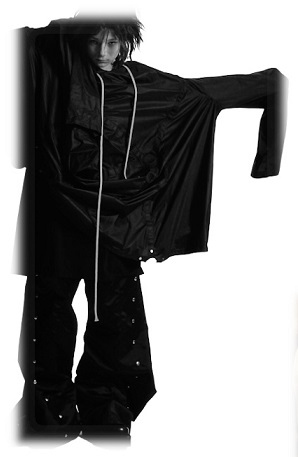 But…hard times aside, Matt has persevered and is now back to work at performing live and creating new material for his biggest fans to enjoy. With a slightly bigger budget, and now signed to the Warner Bros. music label…things are beginning to look up for the young star again.

He now has money in the bank, and bought his mother a brand new house with all of the cash he made so far. And to think…he’s just getting started.

Aside from rap, Matt’s beauty can’t go unnoticed. And he has even been offered gigs to do some modeling work as well. Including his chance to walk a runway in Paris, France last year to model a clothing line that he seemed perfect for. “Out of all the models I was the only one they didn’t do any hair or make-up on. It was all just natural, ya feel me?” Yeah, hehehe…I could see that.

So Matt Ox is doing good things, he’s working towards doing even more, and I hope to hear more from him in the future! Who knows what he’s got in the works these days?

I guess we’ll all just have to wait and see, won’t we! 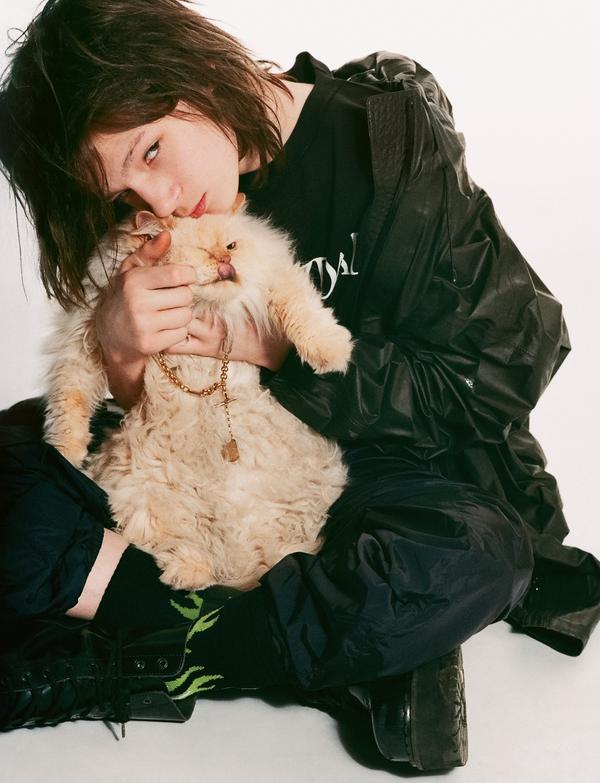