When I was little…and I mean, like, really little…I can distinctly remember when the whole Chernobyl incident happened. I didn’t really understand what was going on or why it was so important that it needed to be on TV every single day…but I do remember it happening. (And that place is STILL heavily radioactive to this day!) I have some vague memories of the Challenger Shuttle tragedy, and I think Halley’s Comet’s last pass, way back in 1986! Strange how things like this stay with you over the years.

Then…as I got older and began to get a better understanding of what was happening with the world at large, and just how huge the world was and what an impact events like these have had on all of it…I started to pay closer attention to what was going on, and looking back on it…I have this weird fascination and even a fond appreciation for it. Even the really bad times. Because it’s just another example of how the world can adapt, adjust, and eventually move forward…no matter what it throws at us. It’s proof that we can persevere, and that we can all do it together. 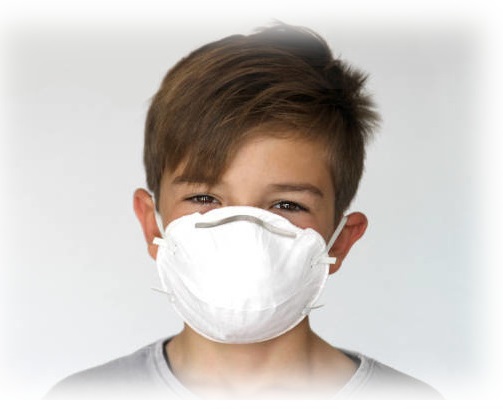 Since I was that little boy at home trying to make sense of what my parents or grandparents were watching on TV…I’ve seen volcanoes erupt. I’ve seen a record number of tornadoes rip through the country. I’ve seen wildfires, floods, and tsunamis…I’ve seen huge earthquakes rattle California and Haiti, riots in Los Angeles, hurricanes blaze through New Orleans, Puerto Rico, and Texas, Exxon oil spills and the fall of the Berlin Wall. I’ve seen serial killers and cannibals on the nightly news, two impeached presidents, multiple wars overseas, and scandals galore. I watched video footage of a friggin’ METEOR from outer space slam into Russia without warning! How extreme is that? To know that you were here to witness that, first hand, and you can look it up on Youtube any time you feel like it. Even now…it absolutely baffles me to think that there are literally college students out there walking around right now who will only be able to read about the terrorist attacks on 9/11 in the history books! Chances are…they’ll never truly be able to grasp the weight of the events that happened on that day. Not like some of us did. That’s so crazy! I imagine that’s what it must have been around for the Civil Rights movement, the JFK assassination, the Great Depression, or the Moon landing. You know?

But still…we all experience it. We find strength, love, joy, and occasionally a shoulder to cry on, through it all. And, in time…we move on.

It may not seem like it right now…but one day in the future…you may find yourself trying to explain this very moment in time to a younger generation, and the events taking place right now are going to seem SO strange to you! Hehehe! I was thinking about what I would tell kids, or teens, or even adults, who were born after the global pandemic was over…and I, honestly, have no idea what I would say. How to answer questions like, “What’s with the masks? Why is everybody wearing gloves?” Or “Wait…almost nobody was working and had to stay inside? What the hell did you DO all day?” Or maybe even, “WTF??? MURDER HORNETS??? Unh unh!!! Ok, *NOW* you’re just making shit up!” Hahaha!!! But you guys are my witnesses! It happened. It’s happening now. And there is now a new chapter in the world history books that is going to tell this story in (vague) detail, and you’re going to look back and remember that you were a part of it. You’re going to be one of the surviving observers that can tell them the truth of what it was like ‘way back when’.

It’s more than just a few events. This era is going to breed a particular culture that is going to stick with us for quite some time to come. And it won’t be forever. Eventually, it’ll go the way of swing dancing, Myspace, and Dial-Up internet…but there will come a time when you look back on your life while you were reading this, and it’s going to be a truly surreal experience. Trust me on this. I’ve done it a few times myself just since I’ve been writing stories online. Hehehe!

But while I understand that things seem a bit restless and inconvenient at the moment for everybody, please hang in there. I get it. Believe me. But there are ways of handling the current pandemic that have spawned an entire culture of its own. Through art, and music, and comedy, and many other ways for us to connect in ways that we probably took for granted before things went South and worst case scenarios became more feasible than we ever thought they could be in our lifetime.

But, as always…we deal with it…and we move forward.

One very FUN example that I found online, is a family that has really come together and has been making videos together while under quarantine. Hehehe! The Holderness family, including former news anchor, Penn, and digital marketing exec wife, Kim, have been making a bunch of parody videos on Youtube for quite some time now. But it’s cool to see them embrace the Quarantine Culture with all of their new updates, including their ten year old son, Penn Charles, and thirteen year old daughter, Lola…with a sense of humor as well as a sense of understanding to what everyone is going through at the moment. And it’s kind of corny, but like…in the most AWESOME way possible! I could watch these all day! This is the epitome of a close knit family making the best out of a bad situation!

I think this could become the Summertime Anthem for 2020, thanks for the vocals P.C.!

The culture being cultivated by this new change in our lives and our way of life, all around the world, is going to continue to grow over time. More and more people will begin to take it lightly, the time spent in close quarters with our loved ones may strengthen the bonds between us, and random bouts of boredom might spawn bursts of creativity that we never even knew that we had within us.

In time, these same masks that people thought were so weird and so awkward, will eventually become one of the hottest fashions around. Already, there’s a thirteen year old Canadian Boy Scout, Quinn Callander, who has found a way to 3-D print up a special plastic apparatus for holding the masks on people’s faces in a much more comfortable way. And in India, they are developing ways to actually print a photo realistic version of the lower half of your face on the front of the mask so that even when you wear it, it’s like…camouflaged, and people can tell who you are. Everyone is stepping up to be on the cutting edge of the changes that we’re bound to see in the world, going forward. And it won’t be long before you start seeing Covid-19 masks and gloves being strutted down a brightly lit catwalk in Paris or Milan in the next year or two to come. 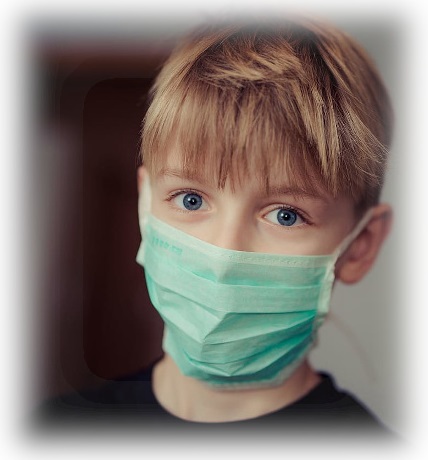 Over time…movies and TV series will be made about this. Books will be written, cartoon references will be made, songs and nursery rhymes will document the events happening right now, and the memories of what will become a long forgotten era will be given new life, and new meaning, as we all grow older and carry this story with us.

We are the bearers of this story. The keepers of this moment in history. So take notice, and keep it with you. Because, just like with everything else…

We will deal with this…and we will move on.

Then it never mattered at all. So let’s drop the illusion and just knock it off, ok? Seriously. We may all share the same vulnerabilities, but we also share the same strengths. It’s not about who’s in control or who’s fighting to get the most attention…it’s about uniting together as one to help each other through this difficult time. Together. And realizing that we’ve gotten lost in a fog material bullshit and a psychosis, a hysteria, of thinking that we’re any more special or more important than the person standing next to us. Spoiler alert….you’re not. And neither am I. Nobody is. Anybody that exhausts themselves trying to prove otherwise, is so insecure and so void of self love that they should pitied. And helped…if they can be helped.

You want to be special? GIVE something to the world and do something positive with the time that you’ve been given among the rest of us. That’s what ‘angels’ do. They don’t go chasing new fans on Instagram, and they don’t tear other people down in an attempt to build themselves up. K? 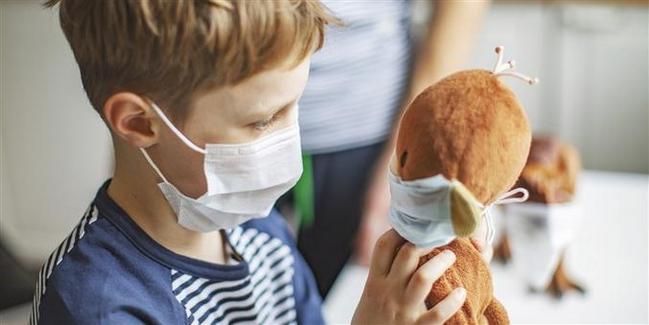 Take this time to chill out and get to know yourself and your loved ones on a deeper level. Soul search. Make sure that you like the person you see when you look at yourself in the mirror every morning. And one day (Hopefully soon) when this is all over with, we’ll all take to the streets and have the BIGGEST damn party and massive fireworks display imaginable! Not just here, but worldwide! We’ll mourn our losses and celebrate our triumphs, and make it a global holiday that we can all be proud of.

Then we’ll get back to rebuilding the world in amazing ways…as we join hands and head towards a brighter day. Ok?

Embrace the new culture for what it is right now. I, personally, look forward to making this whole ordeal a memory someday. Right up there with fanny packs, stone washed jeans, and Pez Dispensers! But it’s going to take all of us working together, differences aside. It’s going to take sacrifice, common sense, patience, and unity. Otherwise…this is just going to drag on forever. And I already spend a large percentage of my day in front of this laptop as it is, plus I’ve got music, Netflix shows, and video games, to look forward to….so slowing down this process is going to hurt YOU guys a lot more than it’s going to hurt me! I’m feeling just fine! 🙂

We’ve done this before, you guys. We can do it again.

For now…chill out. Let’s laugh about how crazy this is right now to keep from crying. And let’s try to think about what we’re going to have to tell future generations about this period in history…before we made it all ‘ok’ again. 🙂

00
00
00
00
I’m wishing you all the best! Smile for me, k? It ain’t that bad! There will be Corona Virus Hallmark Greeting Cards by the time this is all over and done with! Ugh! Great! MORE reasons to send chocolates to my sweetheart! Hehehe! 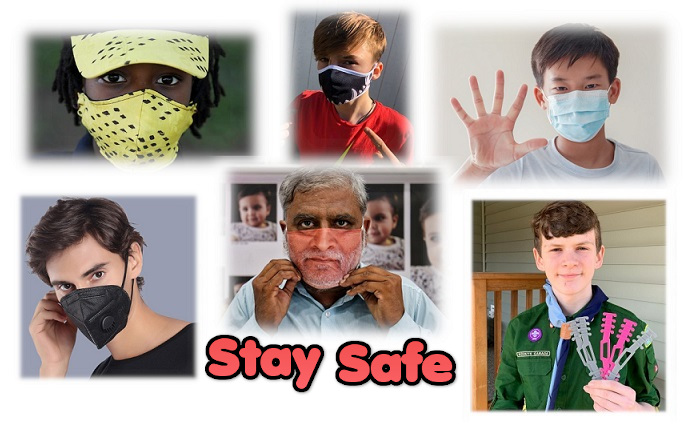 Follow Me:
Latest posts by Comicality (see all)
You already voted!