Let me start this off by wishing Alessio a very happy birthday! Hehehe, I’m a bit early, as it’s not until next Friday, but peace and good fortune to you, nonetheless, cutie! Hehehe!

This young actor is still pretty new to the industry, but he is already being compared to a young Leonardo Di Caprio, and I think I can definitely see the resemblance. Not just in his looks and hair, but with the dedicated effort he pours into what he’s doing on screen as an actor. There’s a visible ‘spark’ there. An X-factor. And something tells me that he’s going to really KILL it when he gets the right role, with the right character, in the right movie. He just feels like he’s got the chops to pull off something like that to me. 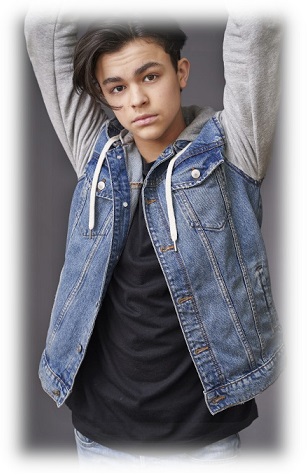 Born in Vicenza, Italy…Alessio immigrated to the US at the age and moved to Denver, Colorado, where he began to take acting classes and participating in the productions of his local theater. And it was just a brief hop, skip, and a jump, to start pursuing a career in acting professionally. Including one of his earliest roles as a 14 year old Pablo Picasso in the series, “Genius: Picasso”, with Antonio Banderas. Something that only furthered Alessio’s intense passion for performing, and brought him to where he is today. And hopefully will propell him even further in the future.

When asked if he wanted to do anything else, or if he had any other aspirations or goals to reach for, he replied, “Acting and music…that’s really all that…really matters to me in a ‘career’ point of view. And without that, I honestly don’t know where I’d be today. So thanks, again, everyone, for all the opportunities that I’ve been given.” Which is something that I can totally vibe with and understand. If you had the chance to do what you really love to do…? Why do anything else? You know?

And, I imagine that it was that particular feeling that compelled him to keep pushing forward and adopting an attitude that brought him and his talent to where it is today. Including a role in the new streaming movie, “A Babysitter’s Guide To Monster Hunting”, where it looks like he might be playing a romantic lead for the main character. Because…of course he is! Hehehe! He’s gorgeous. 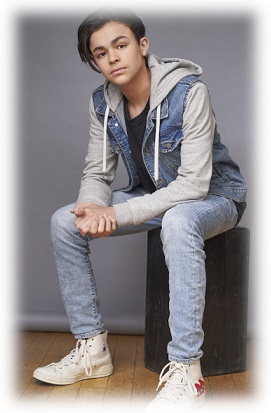 It was a Netflix original movie that really brought Alessio a bunch of attention, and a fanbase that he didn’t quite have before. “Rim Of The World” was released in May of 2019, and I have to admit that I enjoyed every last minute of it! Hehehe! The science fiction flick, mixed with comedy, drama, and a heavy dose of action, became one of his first big successes in the industry. And I would really be surprised if it didn’t catapult him to a whole other level when it comes to seeing more of him in the future.

And…he’s super cute! So seeing more of him would be a huge bonus! Hehehe!

Alessio says, “I mean, I try to have the same energy with all the auditions that I do, because, I mean…because if I do one and I’m, like, ‘Mmmm…I’m not even gonna get this one.’ Then it brings down the performance. But if I keep the same energy on every single audition, it gives you a better chance.” And the director called him back to let him know that he booked the movie and got the part. Certainly something to be celebrated immediately. Hehehe!

Taking on the challenge of his first big featured role, he wanted to make sure that he could give the best perfomance that he possibly could. “I made sure that I made a connection with the cast before we started filming. Because that, honestly, is what makes the movie better. If you can really get a connection with your cast mates…it makes the whole movie one hundred percent better.” Hehehe, it kind of shows when you watch the movie. It just looks like the kids were having a lot of fun with this one. 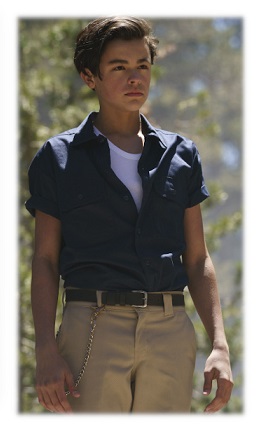 Speaking from the many scattered memories of doing it myself, acting is not all it’s cracked up to be. It can suck sometimes. And it’s particularly brutal when you’re a teenager. Alessio says, “Well, when I first started getting into acting…I was so bummed after every audition. I mean, every audition, I was like, ‘Wow…they REALLY don’t like me!’ Like, they said something like…’Nah. We don’t want him.’ And that really got to me at first. But, like…after a while it’s kind of like, ok…it’s not that they don’t like me, it’s just that I’m not right for the part. So it kind of changes your mindset.” That’s really the kind of approach you have to take when it comes to such a competitive business like that. I couldn’t deal with it, personally. But kudos to all the youngsters out there who can. I applaud you.

His experienced advice to anyone who wants to get into the acting business is this…”Don’t give up! Acting is a big game of rejection. Because you’re not gonna get every part, and, you know…it might take a really long time and it might not take that long, but you always have to keep the same mindset when it comes to basically doing anything.” So, if you needed a touch of inspiration from a cute boy…there it is. 🙂

Love you lots, Alessio Scalzotto! And he also does music too! You can check out his extremely catchy tunes under the name ‘Zotto’ on Soundcloud! His new EP, “Journal”, is also available for purchase if you’re interested! So check him out when you get a chance! Stay beautiful, Alessio! You’ve got a fan in Comsie! ((Hugz))
0 0 0 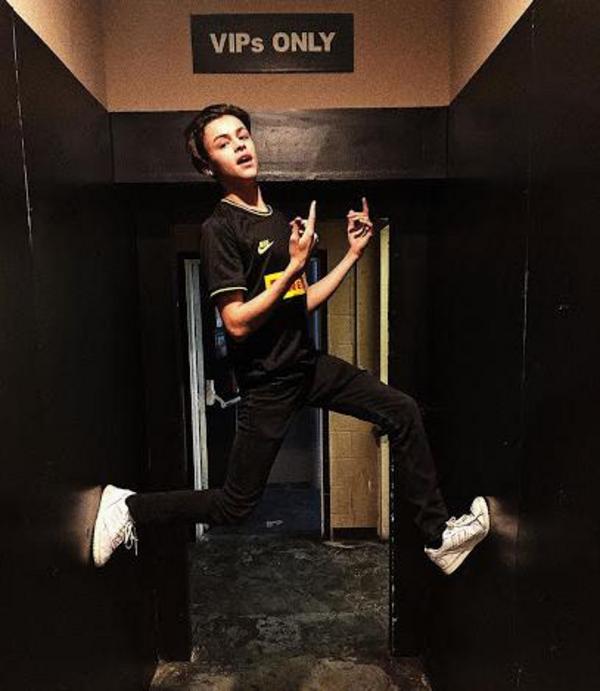