Many times, there will be a couple of kids that just want to have some fun to beat the boredom, and they’ll get on camera and film something goofy for their Youtube/Instagram/Twitter accounts, or open up an account on TikTok for some fans and attention. Now, I didn’t exactly grow up in this era where there’s this desperate need for daily validation…but I guess I can understand it to a certain degree. It can be fun, you know? I like attention too. Hehehe!

However…there are some occasions where you can sort of swim your way through the millions and millions of wannabe celebrities online and find a few talented acts that actually bring something interesting to the table. I think I would definitely put Cash and Maverick in that category. They’re actually entertaining as hell and fun to watch! Despite…you know…

…But…I’ll get into that later. 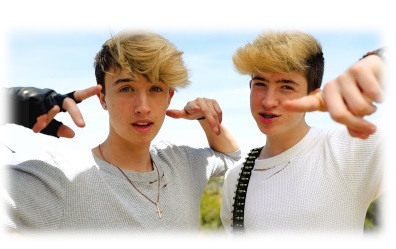 The two brothers, Cash and Maverick Baker were both born and raised in Tulsa, Oklahoma (Hey! Hanson territory! Woo hoo!), and started off with two separate TikTok accounts of their own. With some lip synching, a few short comedy clips, and some dancing…it wasn’t long before they both began gathering a rather large fanbase of viewers on their own. But it wasn’t until later, when the two brothers did a video together, that they truly caught lightning in a bottle! An overwhelming swarm of fans latched themselves onto the two cute brothers and signed up to watch and applaud every little thing that they did online. Leading to them cashing in on a decent revenue for their work, and eventually giving them the opportunity to make bigger and better productions with their videos, and eventually getting into the music biz to take their talents to the next level.

One thing that I really love about their newer music videos is the fact that they’re not just the usual teen pop fodder. They actually play out like mini action movies! Hehehe, the original concepts and production value is actually pretty damn cool, and they’re just plain FUN! Like their single, “Space Cowboy”… 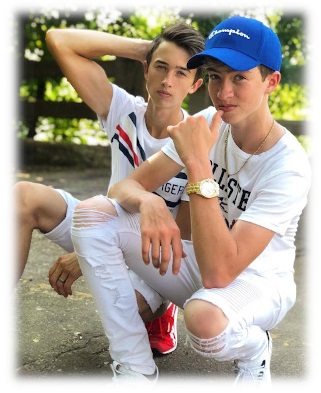 Since they’ve been working together as a dynamic duo, Cash and Maverick have gathered an extremely impressive amount of fans. Enough to make them one of the most popular performers on the TikTok platform, in fact. 1.7 million Instagram followers, 16.4 million TikTok followers, 22,500 Twitter followers, and 1.15 million YouTube subscribers! That is a LOT of people! And that’s not even counting the over 325,000 followers they have on Instagram! They have a tidal wave of attention and influence, now signed to Lucky Records where they put out their very first album, “Hand Gestures”, with the song “The Way You Move” being their very first single.

It seemed like they could do no wrong as far as their meteoric rise was concerned. They had the talent, they had the looks, they had the production, they had fun and engaging music videos galore, screaming girls, millions of online fans…you would have to work pretty hard to mess up an opportunity like that, right?

I mean, you’re lucky enough to have it ALL! Go for it! And soar up into the clouds! There’s nothing to stop you from having a really positive impact and a successful career, doing what you love.

Now, there’s absolutely nothing wrong with being religious. I think it’s a good thing, in fact, if it helps you to feel good and leads you to do good things for others. It’s a very special and essential of a lot people’s lives. And it’s Christmas, so it’s a great time to get in touch with your spiritual beliefs and connect with the rest of the people and family members in your community.

But…younger brother, Cash, kind of…ummm…made a bit of a misstep there. 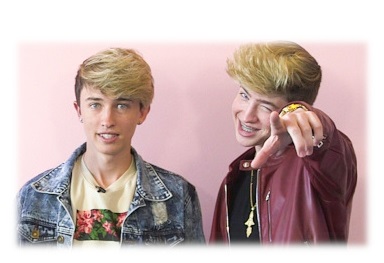 While Cash openly admits to being raised a Christian, and has said that it is a fundamental part of his life…it was some of his other comments and a number of lengthy videos that lost the duo a lot of their loyal fans. Videos where he denounced the LGBTQ+ community in general, as well as anyone who wasn’t devoutly Christian.

(Sighhhh…WHY the hell do people feel the need to do that? Seriously…)

::Cutie Points Immediately Taken Back Down To Zero::

In this particular series of videos, he asked all of his non-Christian followers to read the Bible and pray to Jesus Christ instead of…I quote…”A false God”. Encouraging them to question their beliefs if they didn’t want to spend the rest of eternity burning in hell.

::Cutie Points Now In The NEGATIVE::

He also states that he loves everybody, no matter what their sexual preference is…but still believes that homosexuality is a sin in the eyes of God. Which also means burning in hell forever. So…yeah…

Since then, these videos have been taken down, because…’rich and popular now’. But the damage had been done, and the group lost followers by the thousands after his comments. The backlash was immediate, but he didn’t back away from it. Saying that he expected to lose followers when spreading the Gospel word. Such a fucking waste. Really. But, you know what? He gets points for being honest about it. I can give him that. At least he stands for something, even if I find it despicable.

But, hey…it’s Christmas. It’s a time to give love and bring joy to your fellow man! And I still enjoy those music videos. So, I wish Cash and Maverick well. Oh, and guess what cutie pie? You’re being positively promoted by a GAY online magazine! So, you know…suck it up, buttercup! Enjoy your fame! Including the attention you got from your LGBTQ audience, who helped to put you where you are.

0 0 0
Despite the obvious slight against gay people…I hope you guys get a chance to grow up a little! I’d rather give love than hold on to judgement. And I promise you…when I go to HELL, and I’m burning and screaming in agonizing pain, I’ll take a selfie of myself guzzling a bottle of Jack Daniels and I’ll send it to you as a postcard that says, “Wish You Were Here”! So…at least you’ve got that be thankful for, right? Oh…and a very blessed and merry Christmas to you both!
0 0 0
0 0 0
0 0 0 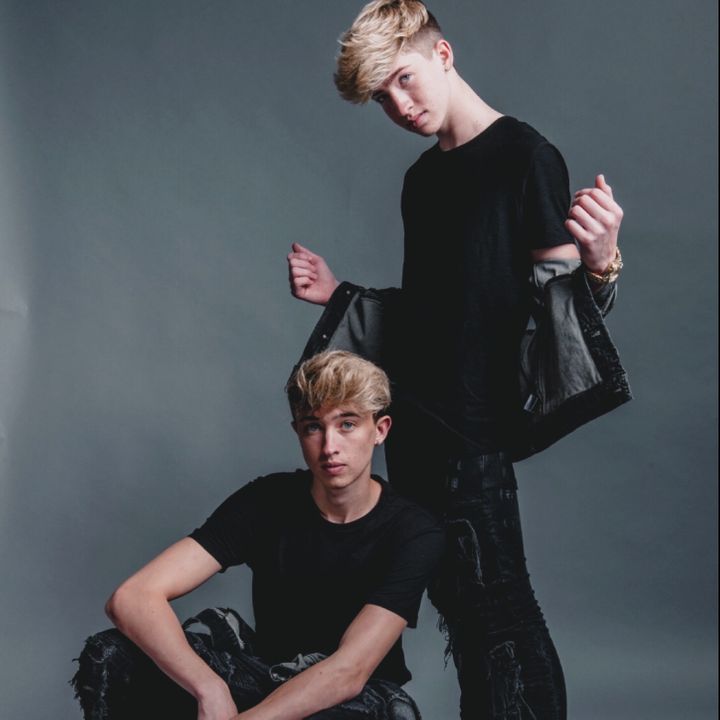