Full disclaimer may be viewed at https://cornercafe.us

Gary Patterson smiled as him and his newest 8 year old son, Ben, watched Ben’s 10 year old brother Patrick trying to get the twin six-year-olds he’d adopted to keep their clothes on long enough to make it out the door. “It looks like my grandsons take after their daddy!” Gary quipped as Larry and Perry streaked past for the fifteenth time, with Patrick on their heels.

“You COULD help, Daddy!” Patrick giggled as he managed to corner his sons just enough to pounce them. “C’mon rats,” he told the two munchkins now securely under each arm, “We gotta get ready, your Grandpa’s taking us to watch Smithfield’s nuts drop!”

Hearing the snickers of the readers, Gary turned his head towards the author. “You know, there were better ways to put that! Now the readers have to wait for you to explain it; if you do, which is still in question.”

Ben shook his head and sniggered “Dad, stop it! You ain’t supposed to talk to the readers! C’mon, I’m hungry!”

Turning his head back to reality, Gary shrugged. “You know his reputation; next time we don’t pick an author out of the bargain bin.”

“Since you won’t say it, I will,” Ben replied as he rolled his eyes. “Hey munchkins! Let your Daddy dress ya, Grandpa’s takin us to Dennys!”

The only person who heard Gary’s mutter of ‘I am?’ was the author, as the screams of “AWESOME!’ from the twins were heard six blocks away.

Now that the twins were somewhat cooperating, Ben and Patrick removed their earplugs and grinned at their father. “We told ya you’d need earplugs!” they giggled as they watched him trying to clear the ringing in his ears.

A few minutes later, the youngest pair were finally dressed appropriately for a trip into public. Larry grabbed his daddy’s hand, while Perry latched on to his Uncle Ben’s hand. “We’re ready, Grandpa!” the twins chorused in voices so innocent that their guardian angels ran to grab their armor.

After glaring in the general direction of the author, Gary gave in and loaded his extended family into the stretched Chebby Impaler station wagon that Patrick had bought him for Christmas. Once Patrick had passed him the roll of Duct Tape that he used to prevent the twins from releasing their seatbelts while the car was moving, Gary shifted the 10 speed transmission into first gear and headed towards Smithfield.

“Are we there yet?” the twins chorused as the car passed the mailbox at the end of the driveway. Fortunately for them, Patrick knew his sons, and had ensured that nothing throwable was within easy reach of the driver. Him and Ben managed to keep the twins occupied enough to keep Gary from parking the car and abandoning them.

As they pulled into Smithfield, the three largest buildings stood out from a mile away. There were the two Smithfield Nuts processing plant towers; one for pecans, and one for walnuts; the third tall building was the Fred’s Hardware Tower, which was an impressive six stories tall with a Dennys occupying the entire top floor. What made this Dennys so special was the design; it had floor-to-ceiling windows around the entire perimeter. Shortly after opening, Fred made the chain add one-way film to certain sections of the walls, as his neighbors were complaining about seeing into the bathrooms.

Once Gary had herded his tribe onto the express escalator, he relaxed some, since the chances of the twins spotting something they wanted was greatly reduced. A minute later, the escalator deposited them in the Denny’s lobby, which strangely still had what Gary assumed was Halloween decorations out; there were four skeletons on one of the benches, one with an impressive simulation of excessive cobwebs in his ribcage.

The hostess greeted them immediately, and in no time they were seated at one of the window booths. As Gary pondered what they would order, the four boys took turns pointing out shapes in the star-filled sky, most of which would never be listed on an astrological map due to their inappropriateness. After some thought, Gary settled on the ‘Stump the cook special’, which promised a free meal if you could use the ingredients of standard menu items to create something that made the cook give up and call for manager assistance.

The waiter came over to see if they were ready to order, and after a few seconds of hearing the boys he asked “Will you be needing the valium IV drip with your meal, sir?”

“Tempting, but I’m trying to cut back,” Gary quipped in reply. “The boys will all have chocolate milk to drink, and I’ll take the bottomless Jolt Coffee. We’ll play ‘stump the cook’; we’ll have a Grand Slam pizza, slathered and smothered. Tell the cook he can get creative for the crust. Stack it with every meat you have, please.”

“Ohh, good one; I can’t wait to see Carlos’ reaction!” the waiter chuckled.

The waiter went to place the order, and the entire restaurant heard Carlos a few seconds later. “I don’t know what you’re smoking by accepting that order, Tommy, but you better get your ass back here and share while you’re helping me!”

“Congratulations,” a second waiter stated as he stopped by with their drinks, “tonight’s meal is on us! Just so you know, you got them at how they could cook something that large.”

“Thank you,” Gary replied with a smile. “I’m guessing that they’ve figured out a way to do it?”

“Yes, they did, but it’s not exactly what the equipment is designed for.”

It took thirty minutes before their dinner was served. Patrick was actually getting pretty good at cleaning the connect-the-stars crayon drawings of his sons off the window by then, as he was sure that they would be kicked out for some of the things they were drawing.

Gary was surprised at how the dinner turned out; he’d came up with it just because he knew that Patrick would eat anything that had pizza in its name. The creation was actually quite good, and he made a point of pointing out to the staff and congratulating them.

Once dinner was finished and the boys had inhaled their quadruple fudge brownie treats, also free, they sat back to wait for the nuts to drop. It was a friendly competition between the two processing towers that was a local legend. Each had a 12 foot replica of the nut they processed hooked to their tower, and they would drop them as the New Year approached.

Glancing at the readers, Gary quipped “Mark this down on your calendars everyone, an author actually explained something!”

“DAD! STOP IT!” Ben and Patrick chorused as Larry and Perry collapsed in giggles.

An hour later, the crowd began to build as it got closer to midnight. Fortunately, their arriving early had netted them prime seats. The boy’s excitement increased as the spotlighted nuts started swinging in the breeze, indicating they were ready to drop. At one minute before midnight, the crowd counted down in multiple languages to the official start of 2020. At the stroke of midnight, the nuts reached their lowest point, and the points of the towers seemed to explode as fireworks were launched from both.

As Gary was accepting a ‘Happy New Year’ hug from a four-armed gentleman who had barely made it in time, he felt a tug at his shirt. He returned the hug, then turned to find a mischievous-looking six year old redhead grinning at him and holding out an ornate note.

Taking the note, Gary opened it and read it aloud. “Happy New Year from Timmy Short, Gustavo Cristofero, and Jonah Timoty Campbell-Forte. This is Timus, he’s a gift from us to you to help you enjoy the New Year.”

Gary smiled. “Patrick, Ben? It looks like you just gained a new little brother!” He then knelt down and picked up what appeared to be his newest son. “Welcome home, Timus!” 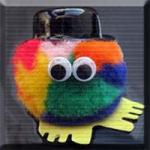 Contact Me:
ACFan
Site Owner - Community Administrator at Fort Family Community
One of many victims of Comicality's quest to find people and turn them into authors, I am one of the first people that was added to the original team that started the Fort Family. When not working on 'Memories', the core story in the Clan Short Universe (Comsie's fault - it started on the Library!) I do CGI graphics and background tech support on a few sites.