It seems like it wasn’t that long ago that I was walking into a packed movie theater, sharing a large bucket of popcorn with some of my family…ready to see this amazing reboot of “IT”!!! That was always one of my favorites rowing up, and Pennywise was absolutely terrifying! And I’ve never even had a fear of clowns. But that TV mini-series made me a believer when it comes to the true terrors of the circus. Hehehe!

So we’re sitting there in the middle of the theater, and the movie starts, and we see the familiar scene of little ‘Georgie’ and his magic boat…and then…send in the clowns. Here we go!

Now…if you are one of the ones who saw the TV mini series first as a kid…then you’ll know what I’m talking about when I say that I watch that scene in the new movie and I was like “GAH!!! What the..?!?!? Ok! I guess they really decided to go all the way with this one!” Hahaha! It was definitely a shock to the system!

However, now that it’s a few years later, I’ve been seeing ‘Georgie’ actor, Jackson Robert Scott in more stuff…and I’m starting to believe that maybe HE was the one I should have been afraid of instead! He definitely has a knack for being the creepiest boy on screen when he wants to be. How does someone so adorable and cute transform into something so terrifying?

Born and raised in Phoenix, Arizona, Jackson Robert Scott has definitely become the new ‘easy pick’ for a bunch of horror or creepy themed movies and series ever since that infamous scene, as well as other parts in that movie. With his earliest acting projects having him guest star on the TV series, “Criminal Minds”, as well as “Fear The Walking Dead”…his career is now taking off in a whole other direction. A very dark direction! Hehehe, but I like it! He’s good at it. 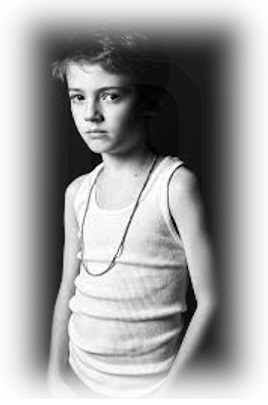 With his role in “IT”, I next saw him take a much much more evil tone in the movie, “Prodigy”. And if you haven’t seen him in that movie…WATCH it! It’s awesome, creepy…it’ll give you chills.

The studio said that it actually had to go back and do some re-shoots and extra edits to ‘tone things down’ for a theatrical release. Wow…that was the edited version? I was actually surprised they even let him take that role at first, considering his age, but once I watched it all the way through, I can’t think of another child actor who could pull it off as convincingly as Jackson did. You kind of get lost in the character, and that’s a very dark place to be lost in.

When asked how he can focus on being that kind of character, Jackson says, “Well, my mom says that I can turn it off pretty easily, from actor to regular me.” Which I guess is a good thing. I’d hate to think that he was bringing any of that psychotic behavior home with him from the set. By the time “Prodigy” hit theaters, Jackson was already busy filming the series, “Locke & Key”, which is more of a gothic fantasy tale, but still creepy, nonetheless. Even with him playing a much brighter and lighthearted role, he gets up to quite a bit of mischief. And again…he’s great at it.

The “Locke And Key” series was based on a series of best-selling novels, and when it was getting written into it’s own live action series for the first time, Jackson Robert Scott was one of the first actors picked to play the youngest brother, ‘Bode Locke’. A one hour pilot was filmed and submitted to Hulu…which they unfortunately turned down. 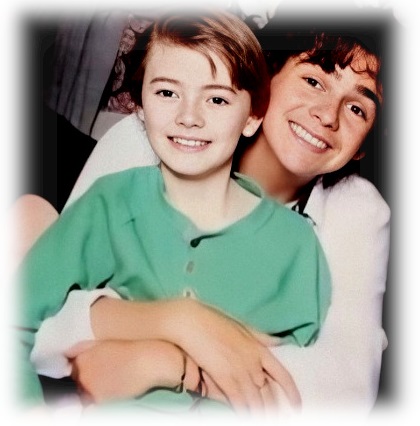 However, they decided to take another crack at it, and decided to completely re-cast the entire series with new actors…with the exception of ONE. And guess who was the only boy who made it to round two? 🙂

It was then that Netflix decided to pick it up with the new cast, and the rest from there, is history. Pretty easy choice, if you ask me.

However, in real life, Jackson is hardly the evil little imp that he appears to be on screen. In fact, he’s one of the most bubbly, fun loving, kids you’re ever liable to see when he’s just being himself. You know how some child actors just have this really sweet sense of charisma about them without even trying? Like a young Elijah Wood, Jonathan Taylor Thomas, or Haley Joel Osment? Yeah…Jackson Robert Scott seems to be heading in that direction. Which is refreshing, to be honest. Just a really good kid having fun. I dig that.

Starting out at a young age in the CGTV Acting Program, along with his younger sister, Addison…Jackson has mentioned that taking improvisation classes was his favorite. He does also say that his parents also want to take care of Addison’s acting career as well, but as you can imagine, it can be really hard for them to do both at once. Especially with Jackson traveling to different locations and working so hard all the time. But don’t worry…if she’s anything like her big brother in the acting department, I’m sure she’ll get her chance to shine as well. 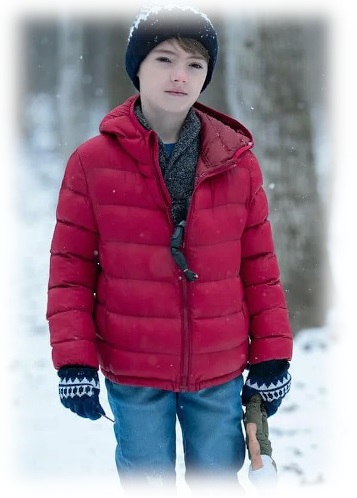 However…Jackson has many more interests to go along with his acting skills.

Jackson says that he is also a huge sports fan, with a huge love for playing football, soccer, and basketball. He’s also an avid gamer, often keeping in touch with his closest friends during the Covid-19 pandemic by playing video games with them online as often as possible. He recently admitted to learning how to play Black Jack as well! (Hahaha! Black Jack???) So watch his hands when he’s dealing the cards out! You might end up losing some money. He also speaks Mandarin Chinese! (He WHAT???) And is already getting samples for his very own clothing line, all marked with a JRS logo that he designed himself! With t-shirts, jerseys, and hoodies!

They can do anything. I’m beginning to think I was born in the wrong era here.

Jackson Robert Scott has also stared in award winning short films as well, such as “Skin” and the upcoming, “Rising”…but what I’m really looking forward to is seeing him flex his dramatic muscles in his newest project, “Gossamer Folds”. No ‘creepy’ stuff this time! Hehehe! The film is about a boy and his mother who move in next door to an African American, MTF transgender, woman and her father. A role that he picked because he said that he and his family really loved the message of the movie, and I’m sure he would love to do something a little different for a chance.

When asked in an interview about how difficult it was for him to take on such a dramatic role, Jackson said, “Ummm…some parts were definitely hard, acting sort of…it sort of comes naturally, but not to the point where I can’t just pull it off. I still have to put effort into it, of course, because nothing comes easy, but…I would have to put…for the emotional parts, that definitely took some real acting power. And it wasn’t, like, over the top hard…but I would consider it a challenge for me. And I got it. And I’m glad that I got over that challenge.”

No worries, Jackson! From the looks of it, I’m sure you’ll do great!