The Legends of Blood – Part Two: The Hideaway

Full disclaimer may be viewed at https://jeffsfort.com

It only seemed fitting that it rained as my mother’s body was slowly being lowered into the ground. My father and grandmother stood on either side of me as I struggled not to cry. My entire world was crumbling around me, and it had all begun with the death of Evan. My heart was never going to heal from this wound. None of it made any sense to me. My mother had seemed to be getting better. Why would she suddenly take her own life?

I glanced over my shoulder to see that Jenna and Justin were standing behind me with Mr. Hunter. I smiled weakly at my friends before I turned my attention back to the silver casket being lowered into the muddy earth. I looked down at the rose in my hand. The red petals had drops of water running down them like the tears falling down my cheeks. I was quickly losing control of my emotions as more and more tears fell from my eyes.

I wanted to be mad at her.

I wanted to feel ashamed.

All I could really feel though, was a sense of loss. My mother and my brother had left my side. Who would be next on the never-ending parade of funerals that to constantly be invading my life? The answer was an obvious one…
Tatum…

I glanced around to see that my Uncle Mason had failed to make it to the funeral. That only confirmed my suspicions that Tatum’s health was slowly failing. The cancer was slowly eating my cousin away, and there was no cure for him. The last time I saw him, Tatum was confined to a wheelchair and his curly black hair was gone. Uncle Mason had helped Tatum shave his head since my cousin’s hair had started to fall out in patches from the chemotherapy. I still loved Tatum with all of my heart, and I proved it that day by kissing him deeply before he went home with his dad. If I would have known that it was going to be the last time I was ever going to see my cousin, I would have done more with him. Now, I was never going to be able to see my cousin again. Uncle Mason had Tatum transferred to a special medical facility sponsored by the government. Supposedly, they were working on some experimental cure for the disease killing my cousin, but I doubted that they would be able to have an answer before Tatum reached his end.

That was the final straw that broke the tentative grip on my emotions. The first tear was followed by a second one, and that one quickly followed by a third. It was hopeless. I would never be able to get over the fact of my family falling apart.

My father and I were amongst the last to leave the cemetary after my dad had said a few words over the grave of my mother. Like me, he held a single rose in his hand, and I watched sadly as he let it fall into the open grave. I followed behind him and repeated the same motions as I said my final goodbyes to my mother.

“I wish I knew why you had done it, mom.” I whispered. I didn’t want anybody to overhear what I was saying. “You promised me that we would make it through this together, but you gave up on me. Why?” I couldn’t stop myself from beginning to get louder as the wave of emotions washed over me. I was furious with her. I fell to my knees as I sobbed in the rain and the flower slipped from my fingertips. I watched through blurry eyes as it landed on the casket below. “You fucking promised me! You said you would be there! You promised!”

The next thing I knew, my father had me in his arms and was carrying me to the waiting limo. I kept my face buried in the man’s chest until I cried myself to sleep.

My life was never going to be the same.

I was a zombie during the reception back at our house.

That’s all it was anymore.

It wasn’t a home without my mother and Evan. It was just a house, and I was just another ornament inside of it. My grandmother smiled at me as she passed by me with a small vegetable tray in her hands. Right behind her was Justin. He stopped and sat down beside me the moment he saw me sitting there. Justin slipped his arm around my shoulders and pulled me against him. I felt the green-eyed boy kiss the side of my head and I sighed happily as I nuzzled into him.

“I’m here for you, Ethan.” Justin whispered. “All you have to do is call.”

I nodded as Justin held me tightly.

“Thank you, Justin.” I said with a whisper.

“I would do anything for you, Ethan.” Justin replied. “You mean the world to me.”

I retired to Evan’s room once everyone had left our house after the reception. My mother’s parents made sure to spend some time with me, forcing me to be social for a few moments. I was polite to the man and woman that had barely made an appearance in my life, and was grateful once they were gone. Justin was the last one to leave, even though I begged him to stay. I didn’t want to be without him. I needed him more than even I thought possible.

I laid on my back and stared at the ceiling of Evan’s room. All of my thoughts were filled with self-hatred as I considered the possibility that I was the reason everyone around me was dying. Was I some sort of grim reaper?

I spent the next few days sitting in the bay window of our living room as I dealt with my mother’s passing. I cried multiple times and refused to talk to anyone. I drank water when I was thirsty, but the urge to eat never hit me. My father and grandmother took turns keeping an eye on me the entire time, both of them refusing to leave me alone. I guess I looked like I was about to go over the deep end at any moment and they wanted to keep it from happening. I withdrew into myself. Jenna and Justin even stopped by to see me, but I couldn’t bring myself out of my funk to socialize with them. It was better just to push everyone away so I didn’t hurt anybody else. My father had even gotten my therapist to stop by the house, but I couldn’t bring myself to look at the green eyed woman. It was that evening when my perspective began to change.

I was sitting in the bay window of our living room when I heard a door creak open upstairs followed by a soft knock a moment later.

“Yes, dear.” I heard my grandmother reply. “Come on in, Eugene.”

I heard the door push open further before either of them spoke.

“What am I going to do, mom?” My father’s voice broke as I heard him beginning to cry. A lump formed in my own throat at the sound.

“It’ll be okay, Eugene.” I heard my grandmother whisper as she tried to calm her son. “Ethan’s been through a lot…”

“He’s all I have left, though.” My father interrupted her. “I can’t lose Ethan, too. It’s not like I can force him to eat, though. The only choice I have to keep my son alive is to take him to the hospital and have them put him on an IV. I can’t watch him waste away like this. His eyes just look so empty, mom.” I heard him sniffle lightly. “Even after Evan’s accident there was still a spark there. Now, there’s just nothing. What do I do, mom?”

I leaned my head against the window and began to cry. I had been so absorbed in my own misery that I hadn’t even realized the stress I was causing my own father. I sniffled before I pushed myself away from the window and climbed the stairs slowly. They were both sitting on the bed when I entered my grandmother’s room. My grandmother had her arm across my dad’s shoulder as he wept quietly. They both looked up at me when I entered the room.

“Ethan?” My grandmother started, but I ignored her. I quickly climbed up onto the bed and threw myself into my father’s arms as I cried.

“I’m so sorry, dad.” I whimpered as I buried my face in his chest. “I promise that I’ll do better.”

“Shh, baby boy.” My father whispered as he held me tightly against him. “I love you no matter what happens, Ethan. I promise that I’ll never leave you.”

“I love you too, dad.” I whispered as I tried to get my emotions back under control.

Once I had regained my composure, I hugged my grandmother and dad and went to bed. I stopped outside of Evan’s room for a brief moment and gazed in at the bed. The only way I was going to be able to let go was if I started sleeping in my own room.

“I love you, Evan.” I whispered before I went to sleep in my own bed. “I’ll never forget you.” 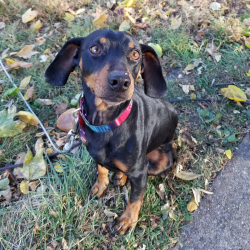 Contact Me:
Myke D
Imagine Magazine: Editor - Hosted Author at Jeff's Fort
Myke D. is the newest addition to the Imagine Management team and will be training as an Assistant Editor to JeffsFort. An accomplished author himself and very creative, we are excited to add his talents to our own as Imagine Magazine continues to grow! Welcome Aboard Myke!

Contact Me:
Latest posts by Myke D (see all)