This young cutie was only 13 last year when he took the stage on “The Voice Kids” overseas to perform Lady Gaga’s song, “I’ll Never Love Again”…and what he did there was absolutely amazing. To have that kind of vocal control during puberty must have been a miraculous stunt for him to pull off, but he hit every note. Smoothly. Effortlessly. And all three judge chairs turned around almost immediately to see who was possessing the voice that had captured them so quickly. And I’m sure that seeing that gorgeous boy face of his behind the vocals was an instant thrill for every last one of them. 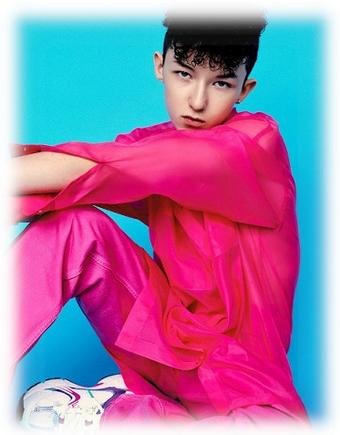 I’m not sure how good his English is outside of a few songs, but if he can crossover into the American market as well…he’ll definitely be one to watch for!

Now, fifteen years old, Marcin has worked hard to create music that he truly loves. Born in Warsaw, Poland, he began taking music lessons at the age of six and hasn’t stopped perfecting his craft since. It shows. I feel like there’s a real honesty in his voice. A certain aural charisma that can’t be faked or reproduced for just anybody. I guess Marcin just pours his heart into his music, and that makes all the difference, you know?

Not only did Marcin go out there and kill his very first audition for the show…he actually ended up winning! Awwww…so cute! I can’t imagine being that young and having to try to sing a song in front of an audience with my happy feelings and surges of adrenaline are pumping so hard that all I want to do is cry! Hehehe! But he struggled through it. So I applaud you for that, dude!

But his career isn’t just about winning first place on “The Voice Kids”! Not by a long shot! Already this year, Marcin has been nominated for a Nickelodeon Kid’s Choice Award, and has now been signed to Universal Music Polska to continue making music, including his new album, “Those Days”, which I believe will be out by the end of the month. This young Polish singer has already racked up a couple of gold and platinum singles since his debut…so knows what’s up next for him as he grows and explores more of himself in the industry. 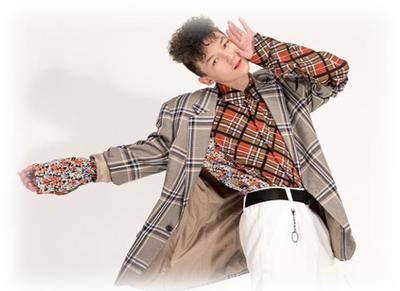 Marcin has also made a number of music videos now, as well as interviews and live performances, which he seems to be really proud of. “There are a lot of comments under my songs in which people write that with my voice I evoke a lot of emotions in people, but here it surprised me that they are also writing about the fact that my movement moves them, that’s great!” He says. Sporting his own sense of fashion during his appearances, Marcin told reporters, “My style is changing. When I think about the things I used to wear during the recording of “The Voice Kids”, I know I wouldn’t wear them today. Looking at people in other countries, my style is not controversial, I don’t think I would even stand out. I am aware that we live in Poland, where others look at people like me, or those with an expressive style, as aliens. It’s sad, but I believe and I can see that it is changing.”

When asked more about his feelings on the subject, Marcin said, “I think the big problem is that there are a lot of people who are afraid to show their “me”. In my primary school, there was no room for my style, especially when it comes to boys. I even had a problem with wearing a sweatshirt that was too big. But it probably comes from the fact that I come from a small town where people are taken out of their homes and judge others. Now, when I go to high school, I see more people from all walks of life. Everyone looks what they want. I can see how different we are. I love my current school for the fact that it is very open to other things, we feel safe in it. This is a great merit of the educators. We are at this age when we are accompanied by moments of doubt, uncertainty, problems with self-acceptance. I am lucky to learn in a school where differences bind us, not divide us.” Well said!

Despite his obvious talent and passion for music…there are always going to be those random people out there who just despise you for having the courage to be yourself. And that’s so sad. But it’s also a signal that you’re doing something right, and knocking the out of their comfort zone. Haters gonna hate…but do any of us really have to care? 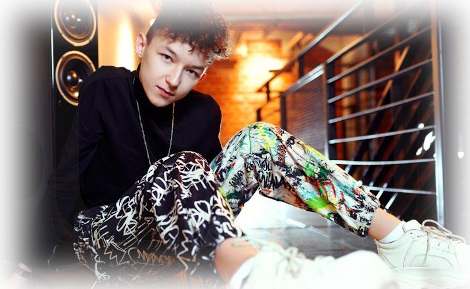 “I have not yet seen a situation where anyone would tell me to my face what they think. People are strong in front of computers. There was a situation when someone in real life threw a text that I looked like a ‘fag’. Only that shows his limitations and lack of culture, not me. However, I can safely say that I see a lot of positive, uplifting comments on the web and they overwhelm those hate entries.” Marcin says. Don’t worry, man. He probably had a serious crush that he didn’t know how to deal with yet. Hehehe, that’s how these things always work out in the end. “Young society strives to accept everyone. It does not matter what color of skin he is, what religion he professes, what political views he believes in, or what his sexual orientation is. I hope that in a few years time people will start supporting and respecting each other for good.” I’ll keep my fingers crossed, Marcin. Maybe not in my lifetime…but hopefully in yours.

Also a fan of clay molding and painting pictures, among some of his other artistic talents, Marcin Maciejczak is sure to be one to look for in the near future. With his smooth voice and spontaneous choices with every song that he performs…mixed with his eye opening style, charity work, positive outlook on life, and infectious personality…he’ll be a superstar in no time!

BEST of luck to you, Marcin, in everything you do! Make us all proud! And don’t ever stop being yourself! The world can use a refreshing change every now and then! Give ’em ell, cutie! 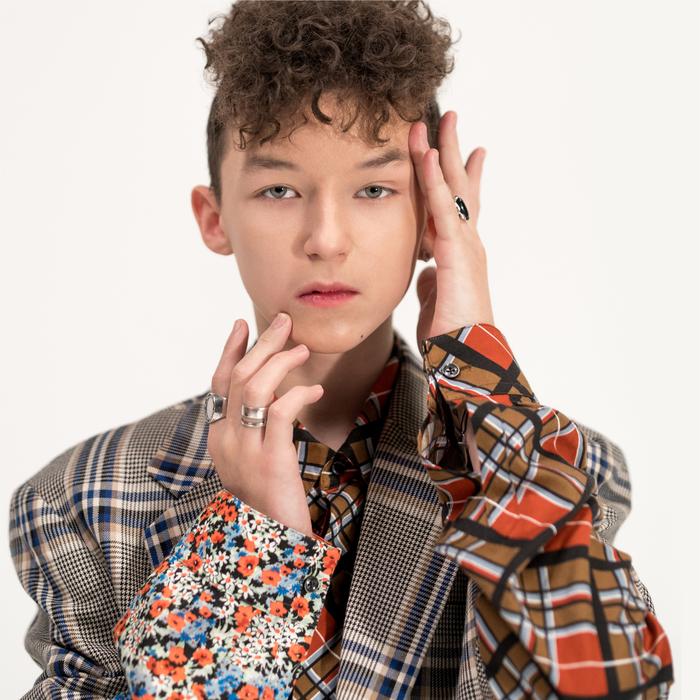