Full disclaimer may be viewed at https://storylover.us

So, it was all set. As Donny, Sascha, Liam, & I were heading to Dairy Queen after our Trick Or Treating session for our ice creams, I couldn’t say the awkward silence was THAT bad; it could have been worse. What was more interesting to me than anything else, were the empty glances that I was able to catch of Sascha looking at Liam as we walked during the night. The looks he gave him, when he thought no one was looking, seemed like he both had a lot on his mind and also nothing on his mind all at the same time if that makes any sense at all; which to me, at the time, it didn’t. But, as I thought about it more and more, I put myself in his shoes. Liam was once one of his best friends. He was Jesse Bradford’s best friend before him, who then, was replaced by Sascha Konovski, himself, to fill in the position, afterwards. Sascha was quite literally Liam’s ‘replacement’. This whole ordeal of all of us being together might not just have been awkward or upsetting for Liam, but, it quite possibly was even worse for Sascha. And, as I saw him glance at him and look at the ground in between his looks, it confirmed that to me. Those were the vibes that I was getting. It was almost as if he didn’t know what to do, say, think or even know how to remotely react to him or any of us for that matter in general. There was one look that he gave, as he stared at the ground, while we were stepping on a bunch of crisp, fall, dead leaves and branches, that resembled the feelings of either regret or guilt. And, to this day, I still dont know which one he was really feeling… Or both.

It was the most interesting experience that I ever had with Liam, other than our very first & official kiss that evening, with Liam & Donny as the four of us were standing in line for our ice creams. Sascha was in front, I was next to Liam, and Donny was behind us and the entire time we were on that line, I swore I saw a familiar look on Liam’s face; it was the exact same body language, facial expressions, zoning out in thought, followed by pouts and scowls, unusual & unreadable glares that he was giving Sascha who was in front of us that Sascha, himself, gave that very first day when he learned he was forced to be partners with Antonio & I of our cooking class; it was identical. Why? I didn’t know. I couldn’t tell if what was going through his mind was somewhat, magically good, neutral, bad, or all of the above. All I knew was I was trying my HARDEST to hide all of this from Antonio. He couldn’t know any of this as I’ve stated. I had to make that my ultimate goal for the rest of that entire evening and, any days to come. I cared more about that than even what ice cream I wanted until it was my turn.

“Well?” The young man who appeared to be in his twenties wearing an ice cream white pointed hat with matching red trimming on the edges to go with the Dairy Queen Marketing logo & uniform asked me.

“Huh?” I said, being snapped from my entire anxiety inducing contemplation process.

“What would you like?” He asked me, in the same tone that someone his age would use if he had already stated that question and really had no ambition, whatsoever, in restating it for a second time.

Hmmmmm. As always, ice cream was a rarity for me and my family back in Georgia.

Taking a brief look around and not wanting to hold up the long line behind us, I decided to try a flavor that caught my interest.

“Uhh. May ‘Ah have the Rocky Road please on a waffle cone?” I said.

“Sure. Coming right up.” He said, nonchalantly, barely making eye contact. I’m sure he was tired from all of the orders for that particular day. Halloween was probably one of the last busiest days for this ice cream shop after the cold season would truly begin, just a few days after. It must have been a relief for him and all of the employees there. In fact, I was surprised they were even still opened in the first place during October.

After Donny ordered his ice cream, a double rainbow sprinkled scoop in a cup & Liam ordered his chocolate milkshake, Sascha stood there, awkwardly, looking at us. He WAS the first person in line, yet he allowed the three of us to order.

“Well?” The man working behind the stand asked Sascha, snapping him from his gaze at the three of us. “What would you like?”

He paused for a moment. Then, replied, “Uhm, do you have like a… a Seltzer water?” He asked, hesitantly.

“Seltzer? The young man asked with a furrowed browed. “Uhm. Let me check.” A few moments later he came back to the register and replied, “I have Lemon or Cherry. That’s all I got.”

Pausing again, Sascha replied in a low & muttered voice, “I’ll take two bottles of cherry, please.” He wasn’t acting like himself. Then, again, I couldn’t really blame him. I did see two sides of him, in the past.

After all of us received our orders and were headed away from the register I asked Sascha, “Aren’t you getting ice cream?”

Before he could even answer, which, given from his facial expression looked as though he didn’t even want to answer, Liam walked right passed us, heading for the door with a cold look at the outside glass view and said, “Haven’t you ever MET his father?” And, continued walking.

I haven’t met his father. And, I didn’t know what that meant.

My door bell rang. On our way to my home, we all began to get more comfortable by removing most of our costume gear. When we arrived at my front door, Sascha removed his mask, as it was ‘safe’ enough for him to reveal his identity at that point.

Shannon opened the door. He looked at the four of us, particularly, at Sascha as he remembered he was the bully I had described a few days ago and gave him a questioned look. It wasn’t a BAD one, just a curious one, as to why he was there. Actually, he seemed surprised we all were.

“Hiyaa Donny.” He smiled. “Hey Liam.” He said. Then, he hesitated, looked at my other friend and said “Uhh, haa’.” He said to Sascha and waved a little bit. Shannon was already changed out of his costume, sporting a pair of Bleached denim shorts and a white tee-shirt he got at the mall.

Liam folded his arms. “Jesus…” He muttered under his breath wondering just how interesting or terrible this night would go.

“Maaa!” Shannon called for my momma and said “Billy back, his friend here, too.”

Shannon walked away and my mother greeted us, a little surprised that we were all there so late, and well, to be honest, that I brought more than Antonio with me.

“Ohh. Hello fellas. Uhm. Won’t you come in?” Of course she’d allow them in, but, I noticed she eyed Sascha as he walked passed her, being the last one to enter.

She pulled me to the side, in the kitchen as my friends waited in the living room. My new house had a finished basement, a nice one in fact with a Smart TV, DVR, cable, two couches: the works. I negotiated with her if we could all please make popcorn and watch a movie.

“Billy, you all got school tomorrow. Do their parents know their here?”

“Well…” I never really thought of their curfues. “Ahh’ could have ’em text they families how late they can all stay. Please, momma. Please.” I pleaded.

She sighed and grinned. “Alright Billy-Decker, you been a good boy at school. Your grades been good. YOU may stay up until 10:00. 10:30 the absolute latest. The rest of ’em is up to their folks. I ain’t bein’, responsible for no kid’s parents hollerin’, at me.”

Walking in the living room I told my friends what the deal was and that my mom was making popcorn and would bring us some drinks.

Silence. Donny was sitting in between Sascha and Liam, who both had folded arms and were looking in the opposite direction from one another with annoyed/empty looks. Donny sat forward a bit, trying to avoid the negative vibes he was getting and not understanding why or where they were coming from as he played with his fingers.

We made our way to my basement, and it was nice to hear their compliments on the finished area of the house. I turned the TV on using our Xfinity remote and began browsing for movies.

I was standing at the time. Then, when I turned around, I realized just how interesting the night would be. Liam was to the far left of the couch, Donny was to the far right. And Sascha to his left, leaving me with the space in BETWEEN Liam & Sascha. I remember my mouth being partially opened from what that meant. I was literally going to be the one separating the two in close proximity.

“Uhh. Okay so what do you wana watch?” I broke the silence.

“Something scary.” Donny replied as he began digging through his bag of goodies.

“Yeah… I guess that works.” Liam said annoyed, but, trying to be polite with Donny & I as well and went inside of his bag as well.

I noticed Sascha’s bag of candy, which was actually the fullest of them all, was just laying by his feet. He just sipped his Cherry Seltzer and stared into nothing at the screen. I didn’t comment on that. But, he didn’t touch one candy bar, while everyone else had no problem in doing so.

“I’ll watch whatever you want.” Sascha said. He seemed tired, with bags under his eyes, a look I never saw from him, maybe he always looked like this at this time of the night. He seemed drained, tired, almost. The word I’d use to describe him at that moment was fatigued.

“Oh, my dad said I have to leave by 9:00, Billy. Sorry, he wants me home in time for bed.” That was understandable. I was just happy he was there. Then, my eyes widened.

Wait…. What???? That meant I’d be alone with… With… THEM, in between them at that. It’d just be the three of us, for an hour or possibly more. And, as I thought that, I saw Liam unwrap a 3 Musketeers bar and begin eating it glaring into nothing, giving Sascha a dirty look without him noticing. No coincidence I thought. The irony.

It’d be just the three of us. 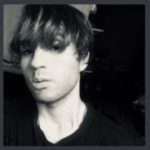 Contact Me:
Black Paper
Julian Taylor aka: Black Paper, is a hosted author and poet whose works are primarily hosted in the Gay Author's Community and at The Story Lover's Home.

Contact Me:
Latest posts by Black Paper (see all)