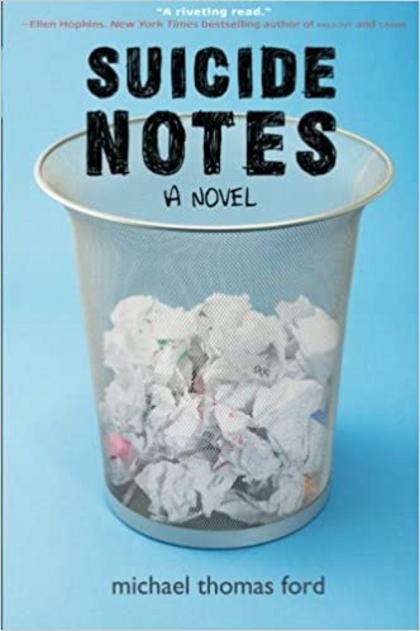 Suicide Notes contains 45 chapters, each chapter representing a day in the life of 15-year-old Jeff, who is confined to the psychiatric ward of a hospital after a failed suicide attempt.

This story deals with some quite serious issues, including abuse, sexuality, suicide and depression, although there’s also a lot of humour spread throughout the story too, to try make some of the heavier scenes a little more palitable.

While Jeff is completing his “sentence”, he grows a lot. He learns more about himself as he endures individual and group therapy, makes friends, experiences grief and loss, and comes to terms with his own sexuality.

I quite enjoyed the story, although it was quite a short one. One of the shorter ones I’ve read in a while, at just 295 pages. True, that’s not that short, but I tend to go for longer reads. The last book I read contained 1,200 pages, so by comparison, it felt like a breeze, I completed this one in just over a day.