Whether anyone here is superstitious or not…religious or not…’paranormal sensitive’ or not…you have to admit, there is a lot going on out there that simply hasn’t been explained yet. Not with all of the research done by some of the greatest minds on the planet have we been able to fully understand why certain things happen the way they do. Or where these stories and folktales truly originated. Or why they popped up in every culture in the world in an era where they weren’t even able to speak to one another. SO…the question for this Halloween is…what if some of these things were suddenly proven to real.

Think about that for a second. What if Bigfoot, witches, demons, UFOs, vampires, werewolves…could literally be proven to be legitimate parts of this world that we live in? Now, I fully understand that there are some people who will believe what they desperately need to believe in order to make sense of the world. I also understand that some skeptics will never ever have enough proof, and will drive themselves trying to debunk everything as a trick, a lie, or delusion. No matter what. But what would it take for you, personally, to believe?

What would happen then? How would your life change? Your perception? Would it frighten you? Intrigue you? Make you wonder what ELSE might be true about those old tales that you used to tell one another around the campfires at night? Let us know your thoughts on this! Because it’s obvious that there are things going on in the world that we don’t quite understand. What happens if there really are things that go ‘bump’ in the night?

What do skunk apes, panda bears, and giant squids, all have in common? They were ALL considered to be silly myths…until they were discovered to be real. 🙂

I guess it depends on what you mean by ‘proven’. For me it would have to come from a more credible source than some random guy who looks like he’s high on something.

What happens then? In a way it’s a frightening thought to know that these things were right there under our noses this whole time. But that’s just it, they were ALWAYS real, and we just didn’t know it, so it’s not like the world just became more dangerous from having these things pop into existence. I guess I’d want to find out more, and find out the actual truth. I mean, if we were to find out tomorrow that vampires are real, what then? How do we know that the myths are true? For all we know, vampires could LOVE garlic.

But who knows? Maybe I’d just give in to the mass panic that would come from such a revelation.” –Shadow086

“I don’t think my life would change at all, really, if something supernatural was proven to be true.

I mean, if I found out that ghosts were watching us all the time, maybe I’d be a little bit more paranoid while I masturbated. Or if vampires were proven to exist, I’d hang some garlic up around the house, but I can’t really imagine my life changing in any real way. I’m a cold hard skeptic, so maybe it’s just hard to place myself in that situation.

The only paranormal thing that I think is made up, that I would like to be true, is alien visitations. Now, just to be clear, I don’t believe it’s happening, but I’d love to find out there’s alien life out there.

But, since the easiest person to fool is ourselves, we must be extra careful with claims we’d like to be true, it’s easy to be seduced. I think a lot of people are.

Especially in the political sphere right now. Almost all Republicans believe the election was stolen from Trump. They have somewhere along the way thrown out “who I wanted to win”, with “the election was stolen.” The guy I wanted to win, didn’t so it must be stolen. Instead of being a little skeptical, fact checking and admitting defeat, which is noble and a grown up thing to do.

And I think the same is true with life after death. I’ve noticed it with my mum who has said she “needs to believe her parents are still around in some form.” I miss my grandparents too, but I can’t wish them back into existence. Still, if it gives her some peace and comfort, I won’t do anything to disturb that.

But yeah, I don’t think a lot about my life would change, maybe I’d be interested in whatever it was. Like, if we discovered the Bigfoot, or the Loch Ness Monster existed, I’d want to learn about it.

I used to live across the street from the Loch Ness, by the way, and never saw anything except lots of American and Japanese tourists, hehe. So at least it’s doing something for the local economy, and gives people a nice visit to see the beautiful surrounding Scottish landscape. :)” – Mike

“I honestly don’t know what I’d think. Or if it would change much from what I think now. Now, there’s a part of me that just loves a good story, and I think it makes for a cool story to have these things exist in the real world. I mean, it’s comforting to think that we’ve solved all of the world’s mysteries and that science has an explanation for it all. That might help us sleep at night, but nothing could be further from the truth. A glacier cracks in half, and scientists find over 100,000 micro organisms that they didn’t even know existed. The bottom of the ocean has species that we’ve never seen. There are forests so thick that the sunlight has never touched the ground. People exploring space find new planets and moons MUCH more often than we’re led to believe. There is sooooo much that we don’t know that it blows my mind. But that doesn’t instantly make me a believer in all of the paranormal stuff. I just find it more logical to reserve judgement until all the facts are in. And the facts are little to none.

Growing up in Chicago, there were a lot of ‘haunted’ areas that I really wanted to explore and maybe test my faith. Like…what if? You know? Because there’s a lot of weirdness surrounding these places, and nobody can explain why. The skeptics keep chalking it up to ‘coincidence’, but sometimes skepticism is just another form of stubborn belief. I remember me and Erick arguing about this back and forth for hours at a time, hehehe! Just because there’s no direct proof or evidence of something right now, it doesn’t mean that it doesn’t exist. It means that the investigation is inconclusive. Nothing more. I mean…Jeffrey Dahmer lived in an apartment building for crying out loud! He had neighbors! The lady that lived across the hall from him was his friend and would go to his house to eat sandwiches and talk. She didn’t know that he was murdering people, carving them up, and cannibalizing them while keeping their severed heads in the fridge! But skepticism doesn’t allow you to believe that such a thing is possible, so why would she?

I guess I’m just living with the idea that everybody is not ‘crazy’. Sure, some people are just looking for attention, and there are some nutjobs out there, and there are people who mistake one thing for something else…but they’re not all crazy. If 500 people in a small rural town claimed to have seen bigfoot…I’m thinking…they had to have seen SOMETHING. Even if it was just a guy in a suit…show me the guy. Show me the suit. But they’re not just making it up out of thin air. The whole Phoenix Lights thing (Look up Phoenix Lights), I want to know what that is. Tell me it’s a secret government aircraft. Tell me it came from China, or Russia, or anywhere else. But the fact that they lie about it or refuse to even discuss it makes it worse. Like what’s going on there? I can’t get past the idea that there might be more to the world than most people are comfortable talking about. So it keeps me curious.

But, maybe in the future, some random hunter will accidentally shoot an alien or a bigfoot and bring the body to the local hospital/police station for study, and the news will travel around the world, and we’ll all have to adjust to a new reality. Or deny it. Hehehe, but that’ll come later, I suppose.

After all…man will never be able to fly across the ocean. Remember that? Man will never land on the moon. Remember? A mini computer that fits in your POCKET? You’re crazy! No…you’re not crazy. I’m thinking that we’re going to keep finding out more and more about the world in the near future, and all of it isn’t going to be comfortable at all. I, personally, look forward to it! :)” – Comicality 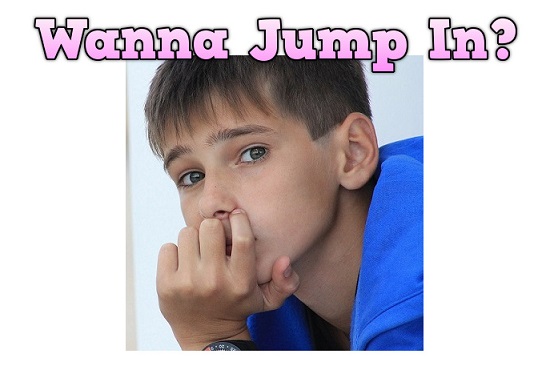