I can remember watching the horror/comedy movie, “Cooties” for the very first time (If you haven’t seen this movie yet, put it on your ‘to do’ list IMMEDIATELY! LOL!), and I swear…every single word that came out of this boy’s mouth was like, “Awwwwwww…!!! He’s so ADORABLE!” The movie, itself, was a ton of fun and one that I definitely wanted to keep for myself and watch multiple times, as well as recommend it to my friends. But despite a stellar cast, young Armani Jackson was still a memorable stand out character in the movie.

I mean, you couldn’t help but to be intrigued as to where this youngster came from. How CUTE is he???

You’re smiling to yourself right now after watching that, aren’t you? Hahaha! I can see you! But this was just the beginning of him taking off and making it into the mainstream! 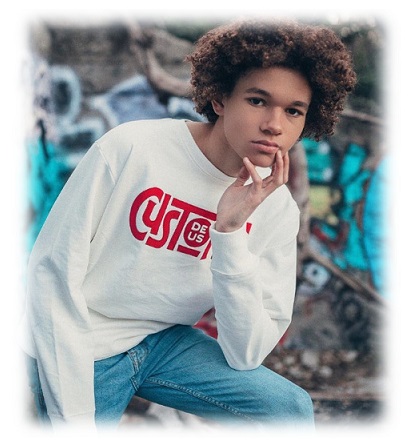 The truth is, Armani Jackson had been building quite an impressive career for himself in a short amount of time. He actually began modeling and acting when he was only SIX years old, and comes from a family of superstars in their own right. His older sister, Talia, is also a model and actress. His mother is a former model, and is now a movie producer. And his father spent some time playing for the NBA. So his future success is practically embedded in his very DNA at this point! Lucky for him…as well as for the rest of us.

This Midwestern beauty was born in Madison, Winsconsin, and despite only being 15 years old now, he’s already worked with such stars as Elijah Wood, Michael Caine, Rainn Wilson, Vin Diesel…and even worked with director, Steven Spielberg, for a small part in the movie, “Ready Player One”. That’s quite a list of accomplishments to claim by your 15th birthday!

Even after “Cooties” and a recurring role on the ABC show, “Grey’s Anatomy” as the ‘bubble boy’…Armani continues to climb his way up to bigger and better things! One of them being his first starring role in the movie, “Little Boxes”. Not only was this independent film recognized as one of the biggest hits of the Tribeca Film Festival in 2016, but Armani was considered one of the biggest breakout stars of the celebration! 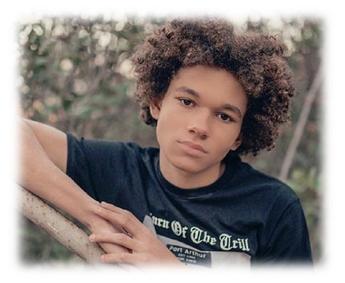 When asked how he got started, he happily replied, “One time we were visiting my sister’s manger’s office, and the manager asked me to come in the room and do an audition. I was scared to do it, but my sister said she would buy me a Webkinz. Hahaha. So I did it, and they sent me out on my first film audition, and I got a callback with 20th Century Fox and Director McG for This Means War.”

Since then, Armani Jackson has been nominated for three young artist awards in three different years. And two of those nominations have been for best performance. Now, at age 15, and working on the new TV series, “Chad”, we’re certain to see much more from this cutie in the future.

Talking about his experiences on the set of “Cooties”, Armani giggled, “One of my funniest memories is during the reshoot of the ending. We were doing a night shoot around midnight, and I was really sleepy. I started to doze off and forgot I was on a film set, so when the Cooties kids come up behind us, we were supposed to run all scared, but I ended up getting startled and running for real because I got scared and didn’t know what was going on!!!” Hehehe, what the? I have to watch that scene again to see if he’s really terrified. LOL!

So keep an eye out for upcoming superstar, Armani Jackson! He’s gonna pop up somewhere for sure. Just when talking about his interests, he said, “I love gaming, Battlefield, Minecraft Server, Grand Theft Auto. I like Parkour, sword fighting, fencing, and horseback riding.” That is a LOT to take in, Armani! Hehehe! But, hey…life is short. Do it all if you can! 😛

Wishing you the best on whatever comes next for you, Armani Jackson! Make your mark in Hollywood! And enjoy the good fortune to follow! Love you lots! 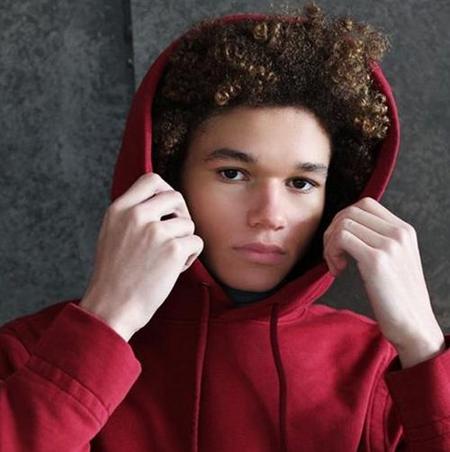